Up against each other, we have two bottom-of-the-table sides clashing for the three points. The fight is on with 2/3 of the Liga MX practically gone. Stay tuned for the best free betting tips for this game.

Our team of experts analyzed the game at hand and picked out the following free betting tips:

The odds are true at the time of writing and are taken from BetMGM. Remember that the odds can change at all times without notice, so it's mandatory to check your betslip before placing your bet.  Our recommended bookmaker for this match is BetMGM.

Pachuca is currently sitting below Puebla in the league ranking, however, they've played a game less than their opponent. Furthermore, the visitors' goal difference is much better – +1 compared to the –4 of the home team. The biggest indicator towards Pachuca possibly having the advantage in the head-to-head statistics. In its last 10, Puebla has managed to win only once vs Pachuca – in their most recent meeting. The other 9 games consist of 6 Pachuca triumphs and 3 draws.

Both clubs have had a BTTS – Yes result in at least 50% of their league ties. However, the percentage rises to 60% for both of them when playing at the current home/away positions. We can’t say that these teams score a lot of goals, but they score regularly. Puebla found the net in 7 of its last 10 games, and Pachuca did even better, scoring in 8 out of 10 matches.

Despite scoring regularly, the overall trend in this match-up is that not too many goals get produced. Only 3 of their last 10 head-to-head games resulted in 3 or more goals scored. Furthermore, Puebla is the side with the lowest Over 2.5 Goals rating in the league. Only 1 of their 11 matches so far was a successful Over 2.5 Goals bet.

Puebla vs Queretaro: The latest stats and selection of the best odds

Our Game Preview: The fight for the top 12 is on

As we are covering a tie between the 13th and 14th ranked sides, now is the time to mention the relevance of the top 12 in the Mexican top-flight. To be honest, finishing on top of the league isn’t that glamorous, as you can still end up losing the title to the club which finished on the 12th spot. The Liga MX playoffs or the Liguilla as they are known have the top 12 teams fight in a direct elimination bracket for the silverware.

Both Puebla and Pachuca have real chances of finishing in the top 12. In fact, unless the game ends up a draw, certainly the winner will move up to the top 12. 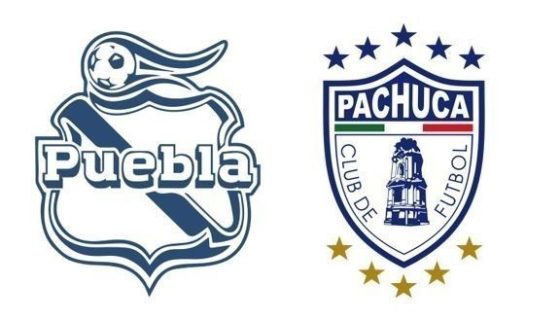