A real chance for the home side to earn some points over an old rival!

In the last 10 games that the two teams played against each other, they managed to exchange goals on 8 occasions. Puebla is at the top of the table for a reason – the team has a very solid attack. The same could be said for Monterrey as well.

Information on the lineups for the Puebla vs Monterrey game

There are no injuries or suspensions for Puebla. Guillermo Martinez Ayala is expected to start in this game and we believe that he will have a very solid performance as he was the hero for his team in the last game with a last-minute goal that earned the team a much-needed tie with Atlas.

Duvan Vegara is injured and will miss this game. There are no suspensions. Maximiliano Meza is having a fine season so far and is currently the 3rd best assist provider in Liga MX with 6 assists. Arturo Gonzalez is right on his tail with 5 assists in Liga MX.

Find the best odds for the Puebla vs Monterrey game

Those are the key head-to-head statistics and odds for the Puebla vs Monterrey game:

At the end of the opening part of the season in Liga MX, no one was expecting Puebla to take the lead in the Clausura. The team is now showing remarkable improvements to their style and is rightfully at the top of the table with 11 points in 3 victories and 2 draws. Monterrey has been somewhat disappointing in both parts of the season and we expect Puebla to at least get a draw against the away team. 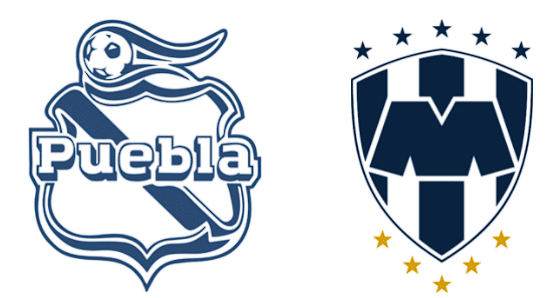