Puebla and Atlas will be playing against each other this weekend on the 12th of February. Check out our website for more Liga MX predictions and lines.

Top Betting Lines and Picks for Puebla vs Atlas on Saturday

After we take a look at the match details and statistics, you can read all about the best predictions and picks for this weekend's match below. The odds you see in this article are from BetMGM and can change at any time. This means that you should check your bet slip before conforming.

Right now, Puebla and Atlas have the same form with two wins and one draw out of the last three matches they played. Although both teams have good forms, we think that the match will end in favor of Puebla. That's mainly because they won three of the last head-to-head fixtures against Atlas. Puebla will also be hosting the match and the last time they did that against Atlas they prevailed.

Lineup Information Regarding Puebla vs Atlas

Let's see what the lineups on Saturday will look like based on the missing players both teams have.

There will be no missing players on Puebla's side because none are currently suspended or injured.

Atlas should have a full team to choose the perfect lineup because there are no injured or suspended players, right now.

Match Statistics and Head-to-Head Info Regarding Puebla vs Atlas

Both teams right now have ten points in the Clausura and the game this weekend will be interesting, to say the least. We think that Puebla has the best chance of winning the match especially since they beat Atlas the last two times in a row, they faced each other. Another likely outcome is the fact that the fixture will end with fewer than 2.5 total goals scored. 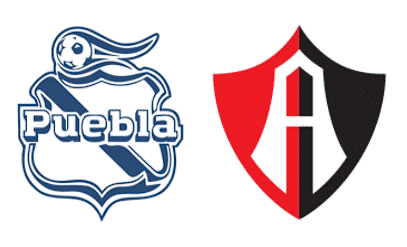 Popular Q&As for Puebla vs Atlas on Saturday