Pachuca and Mazatlan will close this round of games in Liga MX but will open the possibilities for some amazing bets!

A complete no-brainer. Our soccer experts are convinced Pachuca will have no issues defeating Mazatlan in this game.

We believe Pachuca will get the three points in this game. So far, the two teams have met on four occasions and Pachuca won two games. Two games were won by Mazatlan as well. What’s interesting is that both of the games played at Estadio Hidalgo ended with victories for Pachuca. Pachuca feels very comfortable playing against this opponent at their home and the team should have no difficulties earning the three points.

Pachuca And Mazatlan Will Score

This is a great opportunity for you to bet on BTTS. Yes, only four games have been played between the two teams but those games do tell us something. Three of those games ended with goals coming from both sides. The last game was a 3:1 Pachuca victory and the first game that was ever played between the two sides resulted in a very interesting 4:3 Pachuca victory as well. Pachuca’s last game in Liga MX was a 2:1 victory and Mazatlan’s first game was a 2:4 loss.

Squad Insight For Pachuca vs Mazatlan

Gustavo Cabral and Luis Chavez scored the goals for Pachuca last week against Cruz Azul and both of them will be in the starting 11 for the game against Mazatlan. Nicolas Ibanez, Pachuca’s top scorer last season, will make an appearance in this game too. He already scored a goal in the first game of the season. 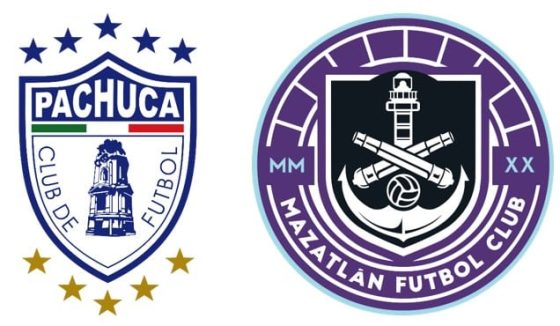 Head-To-Head Statistics And Odds For Pachuca vs Mazatlan

Everything concerning the head-to-head statistics and odds can be found in the charts below:

Pachuca With A Routine Victory

It seems as if Pachuca will try to capitalize on the good momentum from last season when the team was at the top of the table in Clausura with a five-point advantage over the runner-up. Now, the team won both of the first two games in Liga MX and is rightfully in the 2nd position of the Apertura, right behind Puebla. Mazatlan on the other hand is at the very bottom of the table with no points. There’s no chance Mazatlan is getting anything from this game. Our soccer experts predict a 2:1 victory for the home team.