Necaxa and Toluca are two teams that are considered equal in Liga MX. We can expect an action-packed game on Saturday for sure.

Predictions and Betting Lines for Necaxa vs Toluca

The most recent performances from the two clubs led our soccer experts to believe that on Saturday we will see something like this. With BetMGM you can be certain that you will get the best odds for all Liga MX games. Make sure to double-check the odds that we provide in this article as they are subject to change.

Half of the last ten games between the two clubs ended in a draw. The 1:1 result is the most common one between Necaxa and Toluca. The teams aren’t that far from one another in Liga MX this season as well. Necaxa is in the 13th position with two victories, two losses, and one draw while Toluca is 8th with three victories, one loss, and one draw. The last game for the away team was a draw as well. The difference between them is only three points.

As we mentioned above, the most common result is the 1:1 draw. Furthermore, an equally common result is the 3:2 victory for either side. A total of six games in the last ten games resulted in one of these two results. The last league game for Toluca included both the club and the opponent to score a goal as well.

Squad news for Necaxa and Toluca

Will the injuries in the home team ruin the plans for the coach? Let’s find out together

Kevin Mercado is injured and the left-winger position will be in the hands of Antonio Lopez for this game. Meanwhile, Rodrigo Aguirre is also injured in the attack and it will be up to Milton Gimenez, Maximiliano Salas, or Nicolas Castillo to perform. None of these four players scored or assisted a single goal in the last two games.

There are no injuries or suspensions for the away team. Coach Ignacio Ambriz will probably rely on Leonardo Fernandez as he scored a late equalizer in the game against Queretaro. Camilo Sanvezzo scored the winning goal against San Luis and we expect him to do well against Necaxa as well.

Odds and Stats for the Necaxa vs Toluca game

When it comes to head-to-head and odds information, we always have you covered:

Neither side can afford to lose points at this stage of Liga MX. The clubs aren’t doing that good in the league and will probably rely on a bit more conservative tactic for this clash. A 1:1 draw is to be expected seeing the last league games and how uncertain the display is from both sides. 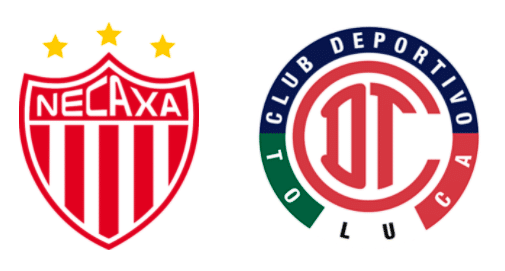