All matches in Liga MX this week will be played without attendance from the fans so Necaxa will be deprived of their 12th player for the upcoming game.

Picks & Odds for Necaxa vs Queretaro

Historically speaking, Necaxa has been the better side but the last game was a big victory for Queretaro. The recent scandals in Liga MX involving Queretaro might ruin the quality of soccer. Check BetMGM for the most attractive and current betting lines. Make sure to double-check the above-mentioned odds!

The last time Necaxa hosted the clash against Queretaro we saw a 0:0 draw. The last game between them was a big 3:0 victory for Queretaro. The last game for Queretaro was suspended mid-game due to the horrible incidents involving the fans. Now, there will be no fans so Necaxa will not count on the traditionally strong support and cheering.

Queretaro’s players will probably still be shocked by what happened in the game against Atlas and this will reflect on their performances. The last game against Necaxa was won but before that, we saw another goalless draw. Necaxa has three consecutive games where one team doesn’t score a goal as well.

Necaxa vs Queretaro: Odds Based on Squad News

Kevin Mercado is injured and will miss the game for Necaxa. There are no issues for the away team in this game.

Necaxa had only one shot on target in the game against Toluca. Milton Gimenez took that shot but didn’t impress with anything else and was rightfully substituted. The last goal for Necaxa was scored on the 19th of February (3 games ago) by Luis Garcia. Necaxa’s odds don’t look good based on the performances of the players. Luis Malagon conceded at least one goal in the last eleven league games as well.

Queretaro’s Odds for victory don’t look good either. Juan Bautista Romagnoli and Betsiel Hernandez will miss this game due to red card suspensions in the games against Toluca and Club America. The club has a lot of issues with discipline. Jonathan Dos Santos has two red cards as well this season. Queretaro’s top goal-scorer this season barely has four goals on his name.

Here is all the H2H stats and odds info you’ll need:

The two teams will try to get past what happened in the game between Queretaro and Atlas. Hopefully, we will see good performance from the two sides but we highly doubt it. The last home game for Necaxa against Queretaro was a 0:0 draw, the horrible incident from last week will put its shadow on this game and the players will be frustrated, and nothing about the current form of the teams indicate that there will be many good qualities in the soccer we will see this Saturday. 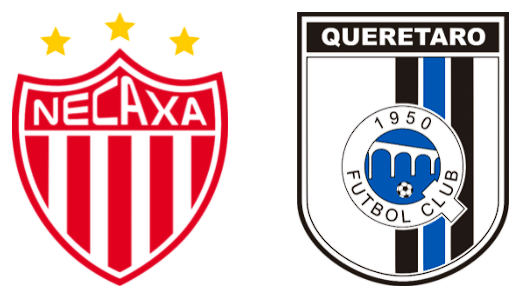