Coach Guillermo Almada wants his team to continue with the good performances from last season when Pachuca was at the top of the table in the Clausura.

Necaxa vs Pachuca: Key Predictions and Fantastic Odds For This Game

Necaxa’s performances in Liga MX so far this season aren’t too shabby but Pachuca is a very difficult opponent for them:

We predict a victory for Pachuca but it wouldn’t be an easy one. Necaxa’s start is good and after four games played the team has two victories and two draws. The first three games for Pachuca were exactly what you’d expect from them – two victories and a draw. Necaxa will put up a fight but the truth is that Pachuca is feeling very comfortable when it comes to playing at Estadio Victoria Aguascalientes. Necaxa doesn’t have a single victory against Pachuca at home in the last five games.

Necaxa And Pachuca Will Score

Necaxa and Pachuca exchanged goals in six of the last 10 games. All of the last five games played at Estadio Victoria Aguascalientes between Necaxa and Pachuca ended with the two teams both scoring and conceding goals. Pachuca had the best attacking statistics in the Clausura last season and we expect the team to be very dangerous in attack. 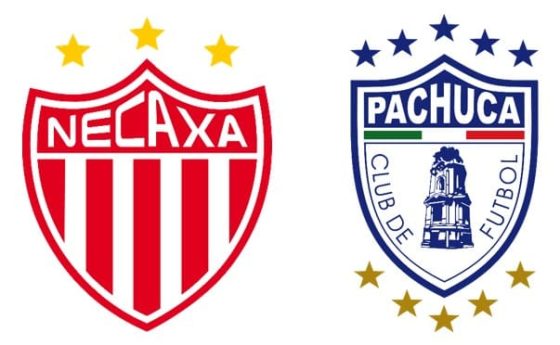 Squad Insight For Necaxa vs Pachuca

There are some minor issues in the away camp but nothing that coach Guillermo Almada can’t take care of.

Edgar Mendez was booked twice this season. He received a red card in the last game against Juarez so he will miss the Pachuca game. Another player who must find a way to keep his composure is Jose Joaquin Esquivel who was also booked twice so far.

The main player missing for Pachuca is Javier Lopez. He is injured but we will see fan-favorite Victor Guzman in the attacking midfield in the game against Necaxa.

Statistics And Odds For Necaxa vs Pachuca

If you want to make the best possible bet, then browse through our charts. They contain valuable information regarding the last games for Necaxa and Pachuca:

The last time Necaxa won against Pachuca at Estadio Victoria Aguascalientes was on the 22nd of January, 2017. More than five years ago! Pachuca is a real nightmare for Necaxa and we don’t expect Necaxa’s poor record against this opponent to improve just now. Necaxa barely managed to defeat one of Liga MX’s weakest teams from last season in the last fixture – Juarez. Pachuca’s momentum is something to talk about and it seems that nothing can stop this team. We predict a 1:2 away victory for Pachuca.

Necaxa vs Pachuca: Essential Questions & Answers For This Match: