In this article, we will review the upcoming Necaxa vs Leon clash in Liga MX. We anticipate some great betting opportunities so stay tuned to find out what they are.

Both teams are performing similarly in Liga MX, true. But the head-to-heads are completely in Leon’s favor:

Just take a look at the last 10 head-to-heads. Leon won nine of the last 10 games while Necaxa has only one victory against Leon. Necaxa is a very desirable opponent for Leon and we believe that despite the recent misfortune in Liga MX, Leon will be able to get the three points in this game. The team had a bad run of games that ended in four consecutive losses but the last Liga MX fixture finally brought some happiness to the fans as the team won with a 4:2 result against the Liga MX champions Atlas.

The only team with a worst defense that Leon this season is Cruz Azul and this is mainly due to the fact that the team was humiliated with a 7:0 defeat by Club America. Five of the last six Liga MX games for Leon ended with at least three goals. Similar is the situation in the home team’s camp. Four of the last five games for Necaxa ended with over 2.5 goals. 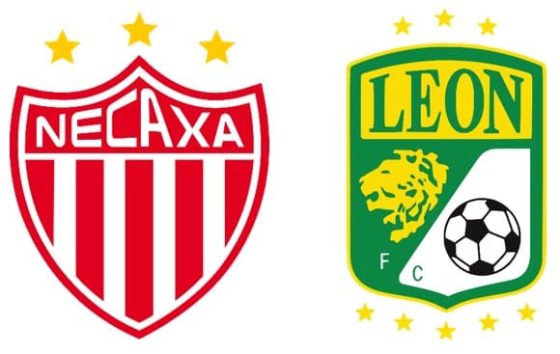 Squad insight for Necaxa vs Leon

There aren’t any real injury issues for the two coaches to handle.

Luis Malagon is Necaxa’s starting keeper but we don’t believe he will do well against Leon. He conceded four goals in the last home game for Necaxa. Jose Joaquin Esquivel’s suspension is over and he will return to the starting XI for this match.

Lucas Di Yorio will be in the starting XI for sure. He has five goals to his name this season and he will be aiming for a sixth in the Necaxa game. Two of Leon’s players will miss this game due to suspensions – Paul Bellon Saracho who got a 5th yellow card in the last game and Julien Celestine who was sent off in the game against Pachuca.

Here are all the H2H stats and odds info you’ll need for a successful Necaxa vs Leon bet:

This is not one of Leon’s greatest seasons and that’s a fact. The team is in 13th place and this is something unacceptable for a team of Leon’s stature. The team was in 3rd place with 29 points in last season’s Apertura while Necaxa were in 14th place. Necaxa hasn’t won a game in Liga MX since the 8th of August and that was an away game against Atletico San Luis. The last success at Estadio Victoria Aguascalientes came more than a month ago – on the 28th of July. We anticipate a victory for Leon in this game. The best-case scenario for Necaxa in this game is a draw.

Key Necaxa vs Leon questions and answers for the game: