The 23rd of September is bringing us an extremely entertaining game. Monterrey will host the fixture versus the 2nd ranked Deportivo Toluca. Stay tuned to this article to enjoy our best free betting tips.

Our team of betting experts analyzed the game at hand and came up with the following betting tips and predictions for Thursday's match-up.

The odds can change at all times without notice. Always check your bet slip before placing your final bet to avoid errors. Our recommended bookmaker for this match is BetMGM.

The hosts are feared opponents in the Mexican top-flight. They also have the upper hand in this match-up, winning 5 of the last 10 meetings. This is one of the main reasons why the odds are so heavily in their favor. This leaves us a great opportunity to try and bet against this. Toluca is currently ranked second only because of goal difference but has the same amount of points as Club America. The guests are also the first team to defeat the league leaders. Previously America had conceded just 3 goals in 8 matches, and Toluca scored 3 against them in a single game. The odds of +300 for a DNB bet are outrageous.

This is one of the most productive match-ups in Liga MX. These two sides score against each other in almost every game they play. In their last 10 clashes, both teams have failed to score once each, which means they've had 8/10 BTTS – Yes games.

As we already mentioned, this match-up leads to quite a few goals getting scored. 6/10 of their most recent ties have had 3 or more goals scored, but the remaining 4 games all had 2 goals scored in them. Furthermore, Toluca is the team that has had seen the most goals in its games in this Liga MX campaign.

Monterrey vs Toluca: The latest stats and selection of the best odds

Check the available stats and the best odds for the match:

Can Deportivo Toluca propel to the top of the league?

The guests have been trailing behind Club America for quite a few rounds now. The pivotal point was the clash between them, which saw America's unbeaten run come to an end. Now the two sides both have 20 points in 8 games, but Toluca is trailing with just a single goal.

Winning versus Monterrey will be a bid for the top spot in the campaign. However, this won't be necessarily easy as the hosts have proven to get the better of Toluca in head-to-head matches. 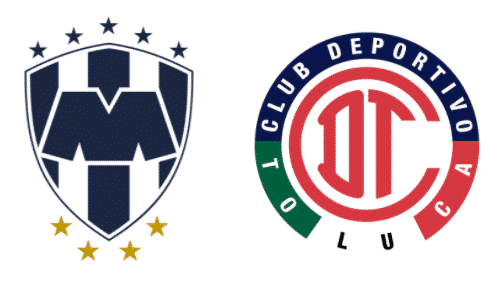