This article is about the best predictions and free picks for Monterrey and Tigres UANL. If you want to see more Liga MX predictions and odds, check out our latest articles.

We asked our betting experts to compile a list of the best free betting picks for the upcoming Monterrey vs Tigres UANL fixture. Here is what they came up with:

All odds are from BetMGM and are subject to change, so make sure to double-check them before confirming any bets.

Tigres UANL has proven themselves in the past few seasons against their opponents on Monday. They won four out of the last five head-to-head fixtures against Monterrey. Also, Tigres UANL is two points ahead of Monterrey in the Apertura table.

Five out of the eight games for Tigres UANL this season ended with over 2.5 total goals, including three of the last four they played. For Monterrey, two out of the last three Liga MX matches played ended that way. Tigres UANL's season average when it comes to goals scored is among the top of the league, for now with 2.9 per game.

In the table below, you can check out the most recent match statistics and histories for the Liga MX match-up between Monterrey and Tigres UANL.

Our Final Conclusion About the Liga MX Match Next Week

Although Monterrey had played quite well at the start of the season, they have had a downfall recently. They have one injured player on the squad – Vincent Janssen who will be out until the end of September.

Tigres UANL has played even better and that earned them the fourth position in the Liga MX. They also won the last two away games they played in Monterrey. There are a total of three injured players on the Tigres UANL's squad – Leonardo Fernández, André-Pierre Gignac, and Francisco Meza who have all been injured since the summer. The only expected return date we know of is Meza's, which is February next year. 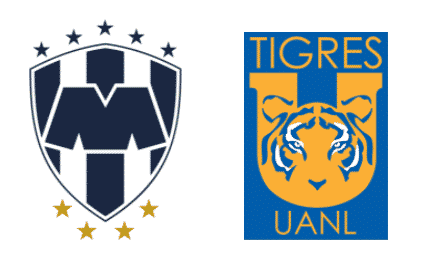 Popular Questions and Answers Regarding Monterrey vs Tigres UANL