Two old rivals are going up against each other in a vicious clash in Liga MX this Sunday with stakes far higher than the three points.

Pachuca vs Monterrey: Top Predictions and Picks For The Most Interesting Match Of The Week

Pachuca may be at the top of the table in Liga MX right now but Monterrey is a real nightmare for the team.

Pachuca is sharing the top of Liga MX with Tigres UANL. Both teams have 32 points while Monterrey is currently in the 4th position with just 22 points. But the head-to-heads between Pachuca and Monterrey are something else. Monterrey has won seven of the last 10 games, two games were tied, and Pachuca has only one narrow victory. Pachuca is playing at their very best this season but the history against Monterrey shouldn’t be ignored.

Someone Will Not Score

This is what we predict. Both teams have amazing defenses in the Clausura – Pachuca has conceded only 13 goals (which makes the team the 2nd best defensive team in the league) while Monterrey has conceded 14. The two teams managed to both score and concede against each other in only four of the last 10 head-to-heads and the chances are that they won’t be able to on Sunday as well.

Squad Insight For The Pachuca vs Monterrey Game

Duvan Vergara is still injured. He will be unavailable for Monterrey in the game against Pachuca.

Nicolas Ibanez is the focal point of Pachuca’s attacks this season. He managed to score 11 goals so far and made a total of 83 shots so far. When it comes to goalkeeping, there are few players more capable than Oscar Ustari. He has had a great season so far and made 74 saves.

Esteban Andrada is performing just as well in the goalkeeping position. He has a 79.3 % save rating – 92 shots against him, 73 saves. Rogelio Funes Mori is the most productive player in the attack for Monterrey. He made 65 shots this season and scored seven goals as a result. 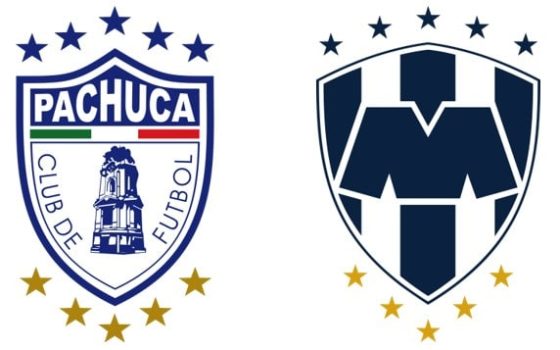 Browse through our charts to get a better understanding of this rivalry and what to expect:

FAQ About The Pachuca vs Monterrey Game: