In this article, we will review the betting opportunities for Mazatlan vs Toluca on the 17th of September in Liga MX.

The two teams are quite similar in terms of quality both in historical aspect and current momentum.

Toluca was at the top of the table and one point but things quickly took a turn and now the team hasn’t won a single game in the last six Liga MX games. They ended with three draws and three losses. Mazatlan is the weaker team for sure but Mazatlan will enjoy the home-field advantage and has a better momentum than Toluca. Mazatlan lost only two games, won three, and three games ended in draws in the last eight Liga MX games.

Mazatlan is a relatively new Liga MX team. As a result, Mazatlan and Toluca have played only four games against each other but all of them ended with over 2.5 goals. The biggest result we’ve seen from these teams is the 4:1 Toluca victory last year. Toluca is one of the best attacking teams in Liga MX this season with 22 goals scored until this gameweek. Only two teams are performing better – Club America and Monterrey. 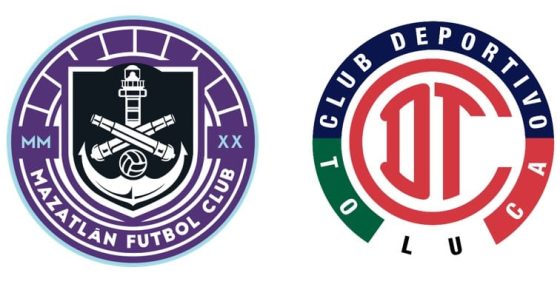 Squad insight for Mazatlan vs Toluca

Carlos Alonso Vargas has to be more careful with his tackling if he wants to avoid suspensions. He received five yellow cards this season. Eduardo Bello may be just a midfielder but he is Mazatlan’s top scorer this season with three goals in 13 shots. Both of them will be in the starting XI for this game.

Jean Meneses is certainly worth every penny. Toluca paid €5.70m for him but he is one of Liga MX’s top scorers this season with seven goals. Leonardo Fernandez is the most creative player in the tournament with six assists so far. Both of them will make an appearance in this match.

Here is everything you need to know about the Mazatlan vs Toluca head-to-heads:

Toluca has had an amazing start to the season but the team hasn’t won a game since the 15th of August when a 2:3 against Cruz Azul was recorded. Toluca lost the first game at Estadio de Mazatlan on the 8th of August, 2020 and we anticipate an even game this week. Mazatlan’s form is certainly something to take into account. The team has only two losses in the last eight games in Liga MX and is getting closer and closer to Toluca in the ranking.

Key questions and answers for the Mazatlan vs Toluca game: