This is more of a battle at the bottom of the table than it is at the middle of the table. However, you’d like to call it – we predict great entertainment.

Mazatlan vs Necaxa: This Wednesday’s hottest Picks and Odds

The two opponents will make history this Wednesday with their 4th official game against one another. We predict another very close game. BetMGM is your best friend in the world of Liga MX! Make sure to double-check the odds that we offer on BetMGM’s website.

The two teams played only 3 games against each other and a draw was never the outcome. Nevertheless, all 3 games ended in a narrow 1 goal difference for either side – 1:0, 3:2, and 2:1 results. The games that the two teams played against each other, were very close and could’ve easily all been tied. Necaxa recently had a draw and the possibility for another one for the team raises quickly.

The only game that didn’t have both sides score at least 1 goal is the first game between the two that ended with a 1:0 result. The other two games ended in a 2:1 and a 3:2 result. Both clubs have good players in the attack that could easily make a difference in any game as well.

Squad News about the upcoming Mazatlan vs Necaxa game

Necaxa was the side that faced injury issues until recently. Did they manage to figure it out? Let’s find out together.

Jorge Padilla got a red card suspension in the game against Club America but he will be available for Mazatlan in this game as the suspension expired. We have high hopes for Camilo Sanvezzo to be the main man in attack. He is fighting for the top goal-scorer award in Liga MX and already has 10 goals this season.

Necaxa’s main goalkeeper conceded at least one goal in the last 9 league games. There is no reason for us to believe he will have a clean sheet against Mazatlan. Furthermore, the injury issues surrounding Kevin Mercado and Rodrigo Aguirre in attack seem to be resolved with the arrivals of Antonio Lopez and Nicolas Castillo but it is still uncertain how well did these players gel with the rest of the squad.

Head-to-head stats and odds news for your convenience:

All even at The Estadio de Mazatlan

The two clubs are neck and neck in Liga MX. One side is 13th and the other one is 14th. The two teams are currently exactly where they left the opening part of the season. They both had 20 points and the same positions. We believe a draw result is to be expected in this game. 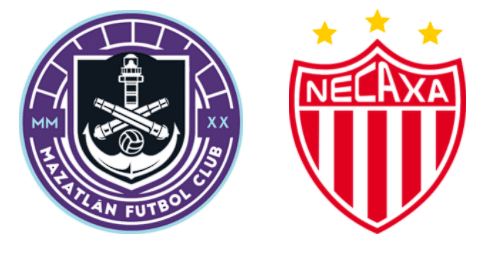 FAQ on Mazatlan vs Necaxa: