This is a preview of the Mexican league match between Mazatlan and Juarez at the Estadio de Mazatlán. The two teams are locked together on points coming into the game.

Mazatlan were once again left disappointed in the league following a goalless draw with Tijuana. Juarez, meanwhile, moved level on points with Mazatlan following a 1-0 win over Atletico San Luis.

Juarez are clearly the team with momentum and form. They have picked up three consecutive wins – including two clean sheets – ahead of this match, while the hosts are without a victory in the last eight matches. Since beating Pachuca at home with a late goal, it has been downhill for Mazatlan.

Mazatlan have witnessed a large turnaround of goals in recent weeks. They are a team who have witnessed over 2.5 goals in six out of the last nine matches. Even if Mazatlan are not the contributors – as has been the case in three out of the last five games, the goals from Juarez could be quite high thanks to Mazatlan’s being all over the place. Mazatlan have conceded 16 goals already – just one less than Tijuana.

Juarez come into this game knowing that the opposition have conceded the opening goal in seven out of the last eight fixtures. At the same time, however, Mazatlan do not deflate after conceding the opening goal, as they have been able to come back and secure a point on a couple of occasions.

Top Betting Odds and Stats for Mazatlan vs Juarez

Mazatlan currently possesses the second-worst defensive record in the Mexican league after conceding 16 goals in the opening 10 matches. It will take a remarkable turnaround from the team to overcome this poor defensive record and get something out of the campaign. Coach Beñat San José does not have any fitness concerns in his squad.

Juarez have made a massive jump in the league positions over the last few weeks. The team are now at the highest point of the early campaign so far. If the current form sustains, Juarez can look forward to making some significant boost in the table positions. Darío Lezcano and Gabriel Fernandez are the players unavailable due to injuries for coach  Ricardo Ferretti ahead of this game.

Questions about Mazatlan vs Juarez 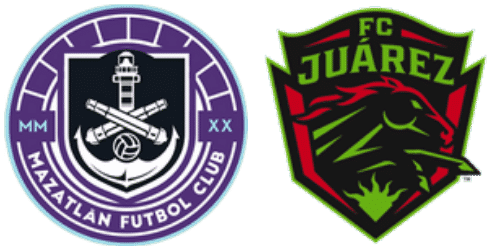 Where is the match scheduled? Estadio de Mazatlán

Which team is the favorite to win? Mazatlan