Mazatlan and Queretaro are at the bottom of the table in Liga MX but the truth is that Guadalajara has been dreadful this season and we can’t predict a victory from them in this game.

Mazatlan vs Guadalajara: Amazing Picks & Free Predictions For This Game

Guadalajara’s injury issues are taking a heavy toll and the team is gravitating towards the bottom of the table. This is a good chance for Mazatlan to steal a point or two:

Under 2.5 Goals Between Mazatlan and Guadalajara

We don’t expect plenty of goals on the 6th of August between these two teams. Sure, Mazatlan has one of the weakest defenses in the league with 10 conceded goals in six games but the team also possesses a weak attack – only five goals scored in six games. Furthermore, Guadalajara’s performances are really confusing. The team has one of Liga MX’s best defensive stats – only four goals conceded but then again also has one of the worst goalscoring statistics – only three goals scored.

With four consecutive draws, Guadalajara is very likely to make it five this week. It doesn’t seem to matter who Guadalajara faces, the games are always either draws or are coming very close to a draw. The team drew the last game against last season’s top Clausura team Pachuca and before that had a 2:2 draw against one of Liga MX’s worst teams – Queretaro. 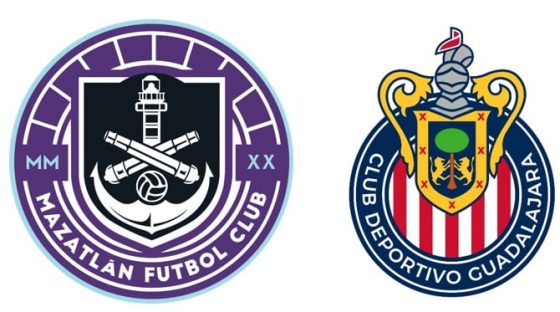 Squad News For Mazatlan vs Guadalajara

The big injury issues for Guadalajara continue and it will be interesting to see how the coach will deal with them this time.

Nicolas Vikonis will be the starting goalkeeper for this game but we don’t expect him to do that well. He conceded at least one goal in all of the games this season. We hope Miguel Sansores will finally score a goal for Mazatlan this season in this game as he will again be leading the attack.

Luis Olivas received a red card in the 65th minute of the game against Leon but his suspension is now over and he will be available to his coach. Perhaps an “attaboy” is in order for Miguel Jimenez. He made four saves in the last game and was a major reason for the 0:0 draw against Pachuca.

If you want to make the best possible bet, then browse our charts. They contain valuable h2h and odds information that you will surely enjoy:

Mazatlan And Guadalajara Will Continue Plummeting

Neither side can afford to lose this game but neither side will be able to win it. We predict a draw that will not be in the best interest of any of them. Guadalajara drew the last four Liga MX games. The team had its chances against the European giants Juventus and could’ve drawn this game as well. With so much at stake, we believe the two teams won’t risk playing too aggressively which is a great opportunity for a draw.

Top Questions And Answers For Mazatlan Vs Guadalajara On The 6th of August: