A clash with a growing history will provide its edition number 4 this Thursday as well as some very interesting picks!

The two clubs have played 3 games against each other and they all resulted in victories for Club America who is undoubtedly the better side. The last game for Club America was a difficult 2:3 away victory over Santos Laguna and it seems that the team is finally back on track as the Clausura part of the season isn’t going the best way right now. A victory against Mazatlan is a must.

In the 3 games played so far, Mazatlan has scored only 1 goal against Club America. The away team has a very solid defense, despite what the recent results tell us. During the Apertura, Club America allowed only 10 goals in 17 games which means the away team had the best defense in the league.

Federico Vinas will miss the game due to his suspension. Guillermo Ochoa will have a good game against Mazatlan as despite his age he is still one of the best goalkeepers in Liga MX.

Find the best odds for the Mazatlan vs Club America game

Those are the key head-to-head statistics and odds for the Mazatlan vs Club America game:

Things haven’t gone right during the Clausura part of the season for Club America. With 1 victory, 1 draw, and 2 losses, we can safely say that coach Santiago Solari isn’t happy right now. The recent hard-earned success against Santos Laguna brought happiness back to the away team and now there is light at the end of the tunnel. We are expecting an easy victory for Club America in what is expected to be a very important game for the team against Mazatlan. 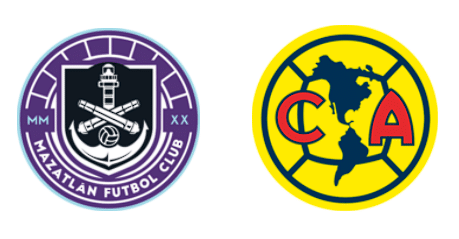 FAQ on Mazatlan vs Club America: