Let's go over the top predictions and free picks for the upcoming fixture between Mazatlan and Atlas of the Liga MX. If you want to see more Soccer betting picks, you can head over to our website.

Latest Predictions and Free Betting Picks for Mazatlan vs Atlas

Below, you can check out the latest free picks and predictions for the upcoming Mazatlan vs Atlas fixture this Saturday. If you want to see more soccer picks, you are welcome to check out our website.

All odds are from BetMGM, our recommended bookmaker for this match and they are subject to change. This means you should double-check your bet slip before wagering.

Atlas has had mostly games that ended on the low-scoring end of the spectrum this Liga MX season. Eight of the ten games they played, so far, ended with under 2.5 total goals scored. Also, all three of the head-to-head games between them ended with fewer than 2.5 total goals.

In the tables below, you can see the latest head-to-head stats for Mazatlan vs Atlas before you place your bets.

Player Injuries and Recent News Regarding Mazatlan vs Atlas

Mazatlan has been trying to get into the top part of the table, but their recent form doesn't allow such a thing to happen. Most of their matches this season ended with either losses or draws. Even though they don't have any suspensions or injuries, Nicolas Diaz has four yellow cards already and he is at risk of suspension.

Atlas doesn't have any injuries or suspended players, as well and they have almost perfect form and they will be motivated because they have a chance to sit on the Liga MX throne this week if Club America's luck runs out. 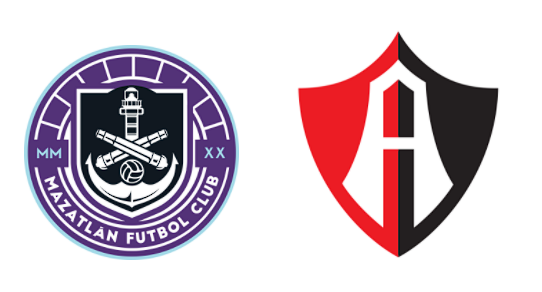