It’s hard to choose between Leon and Puebla as both teams are performing great this season. But let’s see what the soccer experts think.

The last 10 head-to-heads may be a stalemate between Leon and Puebla but the home games at Estadio Leon sure are something else. Leon feels very comfortable against Puebla at Estadio Leon and has two victories and one loss in the last three games. Leon has two consecutive draws at home and it is about time for the three points to finally be achieved. Meanwhile, Puebla lost the last two away games so Leon’s chances are looking even better now.

A bit of a risky one but there is a reason behind this prediction. The most common result in this clash is the 2:1 victory. How common you ask? Well, five of the last 10 head-to-heads finished in a 2:1 victory for either side. Leon came close to winning with a 2:1 result in the last two games so perhaps this is the right moment to risk it.

Squad Details For The Leon and Puebla Clash on Sunday

The two coaches will count on their best 11 men for this game.

Victor Davilla hasn’t thrown in the towel just yet. He is still fighting for the top Liga MX scorer award and he is currently ranked 3rd with 11 goals. A surprising turn of events as Angel Mena is now the top scorer for Leon with 12 goals this season – only a goal away from Andre-Pierre Gignac.

Fernando Aristeguieta is Puebla’s top scorer this season. He made 48 shots this season and managed to score six goals as a result. Antony Silva has 77 saves this season and is currently in the 6th position in this chart in Liga MX. 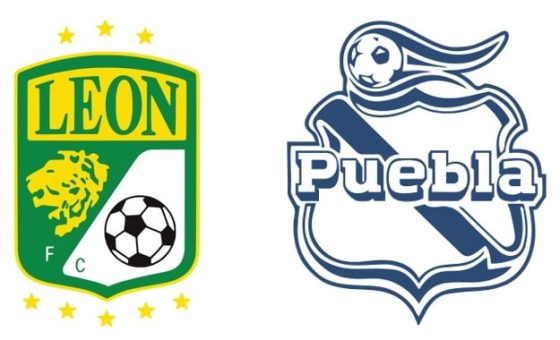 Leon vs Puebla – Statistics and Odds For This Game

The head-to-head statistics and current odds are located below:

Traditions Will Be Honored

The two teams are taking turns getting the three points. That’s what the last 10 head-to-heads say. The last game was a victory for Puebla and if the head-to-heads are any indication, this means we will have a Leon victory on Sunday. In front of the home crowd at Estadio Leon, Leon’s chances are looking very good indeed.

FAQ On Leon vs Puebla’s Game On Sunday: