Another amazing Liga MX derby is ahead of us this Sunday with Leon going up against Pachuca for the 3 points!

In the last 10 games between the two clubs, we saw 5 victories for Leon, 2 draws, and 3 victories for Pachuca. It is important to mention that Pachuca’s last victory in Leon’s stadium came almost 5 years ago so away games aren’t exactly Pachuca’s strength. Leon finished the Apertura part of the season very well – 3rd, but now started with a somewhat disappointing fashion with a draw against Club Tijuana and the team will look for a swift recovery.

Information regarding the lineups for the Leon vs Pachuca game

Angel Mena with 10 goals so far and Victor Davila with 5 – this is one of the deadliest duos in Liga MX right now and we expect them to continue with the valuable performances for Leon.

If we had to place our hopes in one player it would have to be the newly transferred from Atletico Madrid Nicolas Ibanez. If he doesn’t shake things up for Pachuca in attack then probably no one will.

Find the best odds for the Leon vs Pachuca game

Those are the key head-to-head statistics and odds for the Leon vs Pachuca game:

Leon has been very powerful this season and the 1:1 draw against Club Tijuana in no way will satisfy the coach! The players know that they have to get the 3 points against Pachuca at all costs and a victory is the only possible outcome for them. Pachuca isn’t performing well away from home and we don’t see them winning this one. Our soccer experts say – 2:1 victory for Leon and 3 points in the bag. 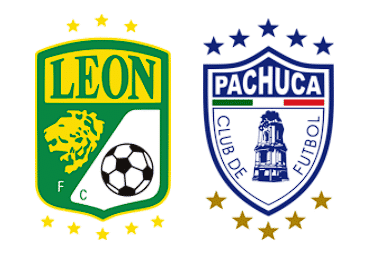 FAQ on Leon vs Pachuca: