The top game this week is between Monterrey and Leon. We expect great soccer value but also some very interesting betting opportunities.

Key Predictions And Betting Lines For Monterrey vs Leon

Two of the best teams this season are going up against each other but we have to give the edge to the home side:

We predict that Monterrey will defeat Leon and it will be with a clean sheet. The only question remains – by how much? We can’t see Monterrey humiliating Leon by scoring four goals or more so the only options that remain are the 1:0, 2:0, or 3:0 results. Leon recently lost with a 0:1 result against Toluca so perhaps there’s a chance that this will be the case again on the 7th of August. 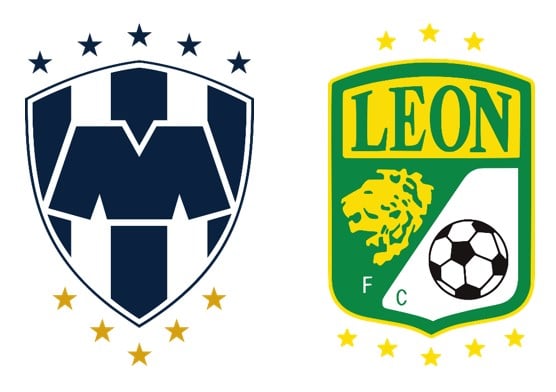 Squad Insight For Monterrey vs Leon

There are some injury issues that coach Victor Vucetich has to deal with.

The main players missing for this game are the goalkeeper Esteban Andrada, Joao Rojas, and Rodrigo Aguirre. The good news is that Victor Vucetich will be able to count on his main man in the attack. Rogelio Funes Mori has been a goal-scoring machine this season and now has four goals to his name.

Sadly, Jose Rodriguez won’t be making an appearance in this game as he received a red card in the game against Club America. Lucas Di Yorio will play, however. He scored four goals for his team and fans always expect him to do well.

Odds And Stats For Monterrey vs Leon

Do you want to make the best possible bet? Then give our graphics a quick glimpse. They contain valuable head-to-head and betting odds knowledge:

Monterrey has a slight advantage over Leon in the head-to-heads. Sure, some time has passed since Monterrey last defeated Leon but the truth is that the last 10 games between Monterrey and Leon ended with four victories for Monterrey, three draws, and three victories for Leon. With such great momentum, Monterrey is always considered favorite, and it’s no wonder why the bookies predict a Monterrey victory. We believe that the result will be a 2:0 home victory in this game.

Frequently Asked Questions About The Monterrey vs Leon Game: