Two famous Liga MX teams will be under the spotlight in this article. It’s time for the Leon vs Atlas clash!

Leon’s losing streak is really impressive – four games lost in a row now. Atlas isn’t doing much better but they are still favorites to win this game in our book.

At least one goal in the first half

Atlas lost only one in the last four games in Liga MX while Leon lost all four of them. The last five games between the two teams are quite balanced. They ended with two victories for Leon, two victories for Atlas, and one draw. Atlas is defending their Liga MX title and that’s a psychological advantage over Leon that can’t be ignored. Leon has the 2nd worst defense and with 19 goals conceded, we expect Leon to lose this game or at most get a draw. 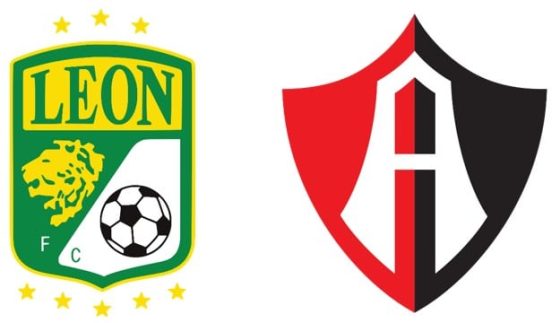 Squad insight for Leon vs Atlas

The away team’s coach will have to deal with injury issues.

Lucas Di Yorio continues to be Leon’s top striker this season with four goals scored so far. Byron Castillo is getting closer and closer to a suspension after he recently received his fourth yellow card this season. Both are expected to be in the starting XI for this game.

Aldo Rocha, the team captain, is injured and will miss this game. Another player who will miss it due to injury is Mauro Manotas. We expect Julian Quinones to be on his top game this Monday as he is the top Atlas striker with four goals this season. There has been some speculation about a possible move to Leeds but he will be in the starting XI for the Leon game for sure.

The head-to-heads and betting odds for Leon vs Atlas are located in the next graphic:

Julian Quinones is having the best games of his life recently and a possible move to Europe is getting more likely to happen. This is something that coach Diego Cocca will try to use as best as possible. Atlas will be the team to win this game for sure. The team is still Liga MX champion and it’s time for Leon to pay for a few humiliating results against Atlas in the past. A 1:2 or 1:3 result for Atlas shouldn’t raise any eyebrows.

Interesting Leon vs Atlas Q&A for this Monday’s game: