One of the first Liga MX Clausura fixtures for the season is Juarez vs Necaxa, which will be played on the 8th of January is the next target of our betting experts. In this article, we will find out the best free tips and odds for the game.

Latest Betting Picks and Lines for Juarez vs Necaxa on Saturday

Our betting experts reviewed the match and they recommended the following picks and lines for the game:

The odds you see here are from BetMGM and are correct at the time of writing. Make sure to double-check your bet slip before continuing.

Most of the matches that these two teams played against each other in the past ended with clean sheets. Exactly seven of the latest nine games between them ended that way. Also, four of the last five games for Juarez ended similarly.

Juarez seems to be the likely candidate for the winner position in Saturday's match because they have the advantage of hosting it. Also, two of the last three times they hosted a match against Necaxa, they were crowned winners. Juarez’s recent form at home includes only one loss out of the last five matches, while Necaxa won only one game out of their last five played. It seems that the home team has more than one advantage here.

Most of the latest matches played by Juarez seem to end with fewer than 2.5 total goals scored. Exactly four of the last five matches for them ended that way. Also, 50% of Necaxa's last ten matches ended similarly. Since 2015 only two of the last nine head-to-head matches between Juarez and Necaxa ended with over 2.5 total goals scored, so that outcome is unlikely for Saturday.

In this table, you can check out the latest match statistics and head-to-head data for the upcoming Juarez vs Necaxa fixture.

Our Final Prediction for Juarez vs Necaxa and Latest News

Although we favor Juarez, they won't be able to play with a full squad on Saturday. Forward Gabriel Fernández and Darío Lezcano who plays in the same position won’t play because they are recovering from various injuries they suffered in August. Necaxa's Kevin Mercado will also miss the game because of the cruciate ligament rupture he sustained in mid-September. 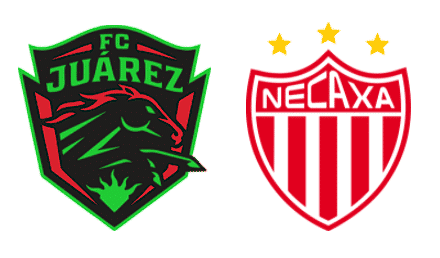 Frequently Asked Questions for Juarez vs Necaxa on Saturday