The first game between Juarez and Leon was held on February 28th, 2019 and to this day a total of six games have been played by these two. Let’s find out how the seventh game will go down.

Juarez isn’t performing that well in Liga MX, has a big injury issue, and Leon’s streak against them is significant. Make sure to double-check the odds above! Use BetMGM when doing so!

It’s a Leon victory on Saturday

From the six games that have been played, we have Leon as the clear favorite to win the seventh – three victories for Leon, two draws, and only one Juarez win. Life in Liga MX hasn’t been too kind to Juarez as the team is currently in the 12th position while Leon is in the 7th.  Leon’s most recent games include three victories and two losses while Juarez recently had three losses, a draw, and only one win.

We believe Leon will win this. They have one of the best-attacking players this season.  Meanwhile, the key player in the attack for Juarez Diego Rolan is injured and this will be a huge problem for the coach. The last two home games for Juarez without Diego Rolan finished with only one goal in total and a very poor attacking display.

Squad insight on Juarez vs Leon

The big issue for the home team will give Leon a huge advantage.

Diego Rolan is the key player and goal-scorer for Juarez this season. He is injured and it will be interesting to see who will be able to compensate for that loss. Guadalajara and Tigres UANL both scored three goals against Juarez and we expect Hugo Gonzalez to concede one or two goals against Leon as well.

Angel Mena and Victor Davila are at the top of the goal-scoring charts in Liga MX this season with eleven goals each. They are expected to be on top of their game against Juarez and the probability of goals coming from these two are high. Furthermore, Rodolfo Cota had two clean sheets recently with the help of his rocks in defense – Stiven Barreiro and William Tesillo.

All you need to know about the Juarez vs Leon game:

Juarez is only two points away from the bottom of the table in the Clausura part of the season. Leon is getting closer and closer to the top positions. If coach Ariel Holan really wants his team to be considered for the championship fight, a victory over Juarez is a must. We believe that Leon is capable of that and a 0:2 result should surprise no one. 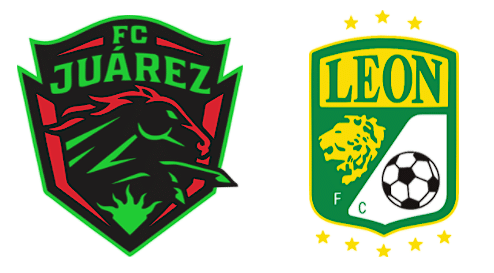 FAQ on the upcoming clash: