Tijuana was at the bottom of the table in Liga MX during the opening part of the season while Guadalajara was close to the top 5 but now the roles are reversed.

Guadalajara vs Tijuana: Our Top Predictions and Odds For The Upcoming Clash

You’ll have difficulties finding two more equally good teams in Liga MX this season and as a result, we believe a draw is the most likely outcome.

Very Few Goals In This Clash

With 0:0 and 1:0 being the most common outcome of this rivalry in the last 10 head-to-heads, we believe the game on Wednesday will be no different. Tijuana has the 2nd most unproductive attack in the Clausura with just 11 goals in 13 games and four of the last five league games in Liga MX ended with very few goals.

There’s trouble for the home team. Stay tuned to find out what it is.

The team captain Jesus Molina is injured and will miss this game. Angel Zalvidar is the team’s top scorer this season. He made a total of 46 shots and scored seven goals.

Mauro Manotas is Tijuana’s main scorer in Liga MX this season. He has 53 shots and four goals and is expected to be in the starting 11 against Guadalajara. Christian Rivera has been a rock in the center of the midfield. He has 43 interceptions this season and has the highest number of successful tackles in Liga MX – 68. 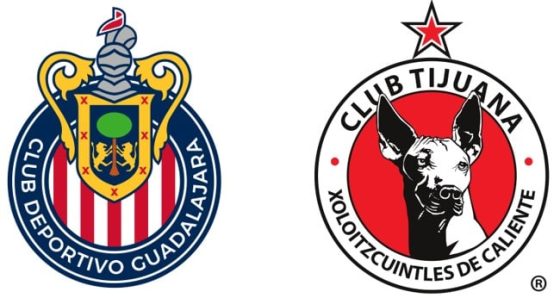 If you are searching for interesting statistics and odds, have a look at those graphics:

The Points Will Be Divided

Two of the last five league games for Tijuana ended in draws and one was a narrow victory over Juarez which could’ve also easily been a draw. Tijuana hasn’t scored a goal against Guadalajara in almost three years and it is highly likely that this will be the case on Wednesday as well. Our soccer experts predict a 0:0 draw.

The Most Important Questions And Answers For The Upcoming Clash: