Betting opportunities for all in this very interesting Santos Laguna vs Guadalajara game that promises amazing soccer moments as well.

This was not the start to the season that Guadalajara were planning for and things aren’t going to get much better after this visit to Santos Laguna.

Guadalajara Will Not Score

Guadalajara’s start to the season is a joke. The team didn’t score in the first game against last season’s punching bag in Liga MX Juarez. A game that was played at Akron Stadium. And to make things worse, the team’s schedule was such that the second game was at home again in the second fixture. Guadalajara didn’t score than either. The cherry on top of this prediction is without a doubt Guadalajara’s performance at Santos Laguna’s home. Guadalajara hasn’t scored a single goal at Corona Stadium in the last five visits.

Huge injury issues for the away team in this game.

Ayrton Preciado’s tibia fracture has him ruled out for at least a couple of more months. Not to worry, as the team has enough attacking talent. Harold Preciado scored a penalty at the beginning of the season and was voted MVP in that game. He is expected to be in the starting 11 for this game.

The team’s midfield is completely broken as Sergio Flores, Jesus Molina, Jesus Angulo, and Javier Lopez are all injured and will miss this game. Further trouble for the coach is the injury of the key attacking player Jose Macias. 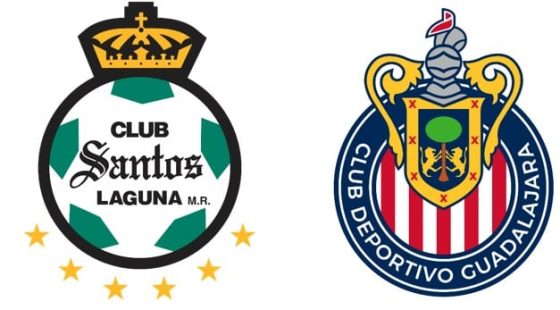 The Best Odds And H2H Statistics For Santos Laguna vs Guadalajara

Head-to-head statistics and odds can be found in our next graphics:

No Chance For Guadalajara

This is a complete no-brainer for our soccer experts. Guadalajara couldn’t even score a goal at Corona Stadium in recent years. The last goal came more than five years ago and it wasn’t even a winning one – the result was a 1:1 draw in that game. Guadalajara’s start to the season was embarrassing and the team has yet to score its first goal. It’s unlikely for this to happen at Corona Stadium due to all the massive injuries in the squad. Without his key players in the midfield and attack, coach Ricardo Cadena will be wondering how to salvage anything from this game. Our soccer experts predict an easy 1:0 or 2:0 victory for Santos Laguna.