Can Guadalajara stop Puebla's rise to fame, or will Puebla keep their form? Let’s see the best predictions and tips for the upcoming game this weekend. If you are interested in seeing more Liga MX predictions, you can check out our website.

Latest Betting Picks and Lines for Guadalajara vs Puebla on Sunday

Our betting experts reviewed the match and they recommended the following picks and lines for the game. The odds you see here are from BetMGM and are correct at the time of writing. Make sure to double-check your bet slip before continuing.

Lineups Information Regarding Guadalajara vs Puebla

Let's see what both managers have to work with for the upcoming Guadalajara vs Puebla fixture this Sunday.

Guadalajara will be facing their opponents with a full squad because none of their players are injured or suspended.

Puebla's squad will be at 100% this weekend because there aren't any injuries or suspensions.

In this table, you can check out the latest match statistics and data for the upcoming Guadalajara vs Puebla fixture this weekend.

Our Final Prediction for Guadalajara vs Puebla and Latest News

Puebla has the opportunity to cement their first position for another week in the Liga MX Clausura. They are led by one point to the three teams below them, but Guadalajara doesn't have the best form recently and they are susceptible to a loss. It doesn't help that Puebla beat Guadalajara on their home turf in the last three consecutive games they played. We also suspect that there is a high chance both teams will score during the game. 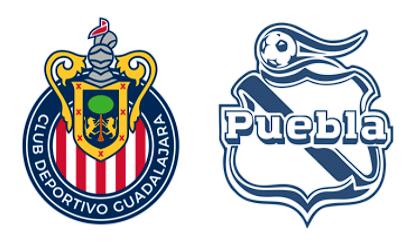 Frequently Asked Questions for Guadalajara vs Puebla on Sunday