Both Teams To Score - Yes

Let’s review together this game between two teams from Liga MX that have great momentum right now.

Top Predictions For Necaxa vs Guadalajara

Necaxa’s recent performances are certainly something to brag about but the team will face a historically difficult opponent. The last 10 head-to-heads against Guadalajara were certainly not in favor of Necaxa – five of them ended in Guadalajara victories, four were ties, and only one game was won by Necaxa – the narrow 1:2 away victory on the 26th of August 2019.

There is some interesting squad news for you. Read below to find out what they are.

Heriberto Jurado got a red card in the game against San Luis on the 16th of April but his suspension is over so we expect him to play against Guadalajara. Rodrigo Aguirre is Necaxa’s top scorer this season. The experienced striker scored a total of 11 goals – the result of his 93 shots.

Alexis Vega got a red card in the game against Cruz Azul and missed the last two games for Guadalajara but he is expected to be in the starting 11 for the team in the game against Necaxa. It’s sad to see Jesus Molina injured for the last few games of the season but his health is of the highest importance so he will miss the Necaxa clash as well. 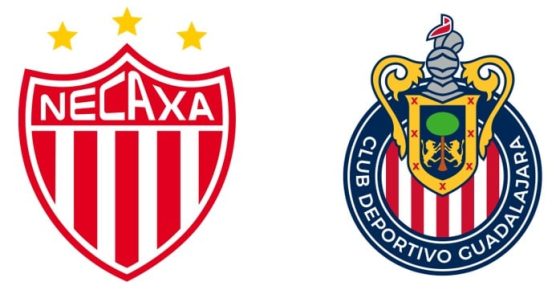 Odds and Stats for the Necaxa vs Guadalajara Match

Read the next few charts carefully as they are designed to help you find the best odds for this game:

The last time Necaxa got anything more than a desperate point from Guadalajara was almost three years ago. The home side for this game isn’t doing better in Clausura’s ranking and certainly wasn’t doing better in the Apertura’s. In the beginning part of the season in Liga MX, Guadalajara was in the 10th position while Necaxa was 14th. We believe a very close game is what we will see from these two with the most likely winner being Guadalajara.

Major Q&A For Necaxa vs Guadalajara: