The best team at the beginning of the season is now at the bottom of the table. What has happened to Club America and will the team bounce back?

Guadalajara vs Club America: Picks and Odds for Sunday’s game

It is time for Club America to get back on the right track with a victory over Guadalajara in Sunday’s game. Make sure to double-check the odds in this article as they are subject to change! Our recommended bookmaker for all Liga MX games is BetMGM.

Club America hasn’t been the same team as we know them from the Apertura. Right now, the team is at the bottom of the table and the momentum is horrible – no victories in the last five league games. Guadalajara is in the 9th position and has been performing well recently. The head-to-heads look completely in favor of Club America – five victories for Club America, three draws, and only two narrow victories for Guadalajara.

This clash is notorious for the low number of goals it produces. Seven of the last ten games ended with two or fewer goals being scored. The last game between these clubs didn’t have a goal at all. Club America may not be performing well recently but the truth is that the team has the best goalkeeper around and it is about time Guillermo Ochoa returns to his former glory.

The team captain for Guadalajara is injured and will miss this game. Pedro Aquino from Club America is injured as well.

Alexis Vega is Guadalajara’s main goal-scorer and has four goals to his name right now. The top assist provider is Alberto Alvarado who has three – only one less than the top assist provider in Liga MX right now. Raul Gudino has been the preferred choice for the goalkeeping position in recent games but he isn’t performing well as he allowed seven goals in the last four games.

Diego Valdes Contreras is one of the best players for Club America and the best assist provider. He has eight so far this season. Alvaro Fidalgo is the main scorer with five goals this season. With a 72% save rating, it is safe to say that Guillermo Ochoa still has it.

Odds and Stats for the Guadalajara vs Club America game

Head-to-head and odds information can be found in the next graphic:

Club America’s odds to bounce back

The away team for this game is Club America but Guadalajara will receive no aid from the fans as Liga MX banned the fans from observing the games live at the stadiums. 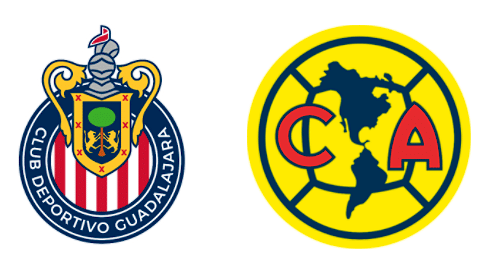