Cruz Azul won the Campeon de Campeones at the beginning of the season and is performing well enough so that our soccer experts can feel comfortable with these predictions:

Cruz Azul’s last 10 games against Tijuana are certainly something else. In those 10 head-to-heads, we saw six victories for Cruz Azul, three draws, and only one victory for Tijuana. Tijuana has been one of the worst teams in Liga MX in recent years and the team can’t be considered favorite against this Cruz Azul team which at the beginning of the season won the Campeon de Campeones against Atlas. Juarez was the only team with worse statistics than Tijuana in last year’s Apertura.

Six of the last 10 games between Cruz Azul and Tijuana ended with zero, one, or two goals being scored. The last time that we had three or more goals in this clash was almost two years ago – on the 14th of September, 2020, Cruz Azul won with a 1:2 away result against Tijuana. Tijuana’s last two games were way too productive in terms of goals and we just can’t see this happening for a third consecutive time in Liga MX. 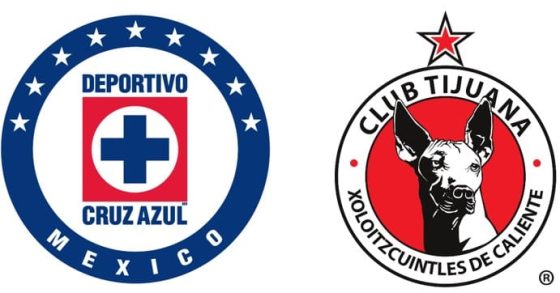 Cruz Azul is the only team with some slight injury issues but they are nothing serious.

Alejandro Mayorga is injured and won’t be playing against Tijuana. Santiago Gimenez will undoubtedly be in the starting XI for Cruz Azul against Tijuana. He’s the top scorer in Liga MX right now with five goals to his name.

Joaquin Montecinos will make an appearance in the Cruz Azul battle for sure. He’s the best Tijuana creator so far with two assists. Nicolas Diaz is Liga MX’s most aggressive player. He will be in the starting 11 for sure but we are starting to question his position in the team – in eight games played he managed to get four yellow cards and two red cards.

Everything you need to know about the two team’s latest games can be located in the next list:

We expect an easy victory for Cruz Azul on the 18th of August. Cruz Azul has had too many disappointing results this season and it’s about time the team bounces back. And what better chance than a game at Aztec Stadium against a team that is considered a huge underdog in this fight? Cruz Azul’s historical stats against Tijuana will continue to improve as the team will get a routine victory against Tijuana. We predict a 2:0 result for Cruz Azul.