This will be a real test for Puebla and we will finally see if the predictions for a Puebla victory in the Apertura have any merit.

Top Predictions & Odds For The Cruz Azul vs Puebla Game

Puebla has the momentum, the players, and the better head-to-head statistics. Why do the bookies think Cruz Azul will win this?

Puebla’s odds for victory here aren’t too shabby but we recommend you secure your money with a double chance prediction as things can just as easily go south for the away team. Puebla is currently at the top of the table in Liga MX and after three games played the team has seven points while Cruz Azul is in the 12th position with only three points. The head-to-heads aren’t in Cruz Azul’s favor either with the team winning two of the last 10 games, Puebla winning three, and five games ending in draws.

If you are looking to spice things up then a 1:1 correct score prediction in the Cruz Azul vs Puebla game just might be the way to go. A shocking 50 % of the last 10 games ended in a 1:1 draw! Yes, Puebla has a slight advantage over Cruz Azul but there’s not much separating the two and a draw is indeed the most likely outcome here. Puebla’s last game was a 1:1 draw as well and with such amazing odds, you might as well predict a 1:1 draw here. 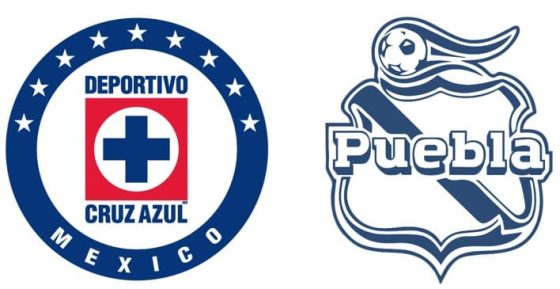 Team Insight For The Cruz Azul vs Puebla Game

There are some minor issues for the away team in this game.

Santiago Gimenez scored three goals so far this season and we expect him to be in the starting 11 for this game. Another player who will undoubtedly start in this game is Uriel Antuna. He made two assists since the first game.

There aren’t any injuries in Puebla’s squad but Maximiliano Araujo will not be in the starting 11 for this game as he received a red card in the last game against Leon. Gustavo Ferrareis will be in the starting 11. We expect big things from him as he is Puebla’s main creative player with two assists so far.

Our soccer experts compiled these head-to-head & odds charts so that you can make the best possible bet:

We Expect A Great Game

These two old acquaintances will try everything in the clash on the 24th of July but if history is any indicator, there will be no winners. We like this Puebla side and perhaps the odds for victory are slightly better for the away team but if we have to be realistic a draw is the most likely outcome. Cruz Azul came very close to a 1:1 draw at Aztec Stadium a week ago when the team lost with a 1:2 result against Pachuca. The game between Cruz Azul and Puebla will be an amazing display of soccer but we expect a 1:1 draw.

Essential Questions And Answers For Cruz Azul vs Puebla: