Cruz Azul will be facing Juarez on the 16th of January, and if you are interested in finding more tips and predictions for this match, keep reading on.

Predictions and Free Picks for Cruz Azul vs Juarez

Here is what we came up with after going over the data for the upcoming Cruz Azul vs Juarez fixture. If you want to see more Liga MX odds and predictions, you can check out our website. Also, all odds you see here are subject to change from BetMGM. Check your bet slip before continuing.

Cruz Azul is the obvious choice here because they would be hosting the match and they beat Juares plenty of times in the past. For example, Cruz Azul won four of the last five times they played against Juarez. Also, of the four times they hosted a game against them, Juarez has never beat Cruz Azul. Both Cruz Azul and Juarez won their first match of the Clausura, but it seems Cruz Azul will win a second one this weekend.

Most of the times that Cruz Azul and Juarez played against each other it ended with a clean sheet. For example, three of the last four times they played in Mexico City ended that way. Both teams have had their fair share of clean sheets recently, as well.

Information and Lineups Regarding Cruz Azul vs Juarez

Here is all the information you need to know about the change in the teams’ lineups and squads for the big game.

Cruz Azul doesn’t have any injuries or suspended players, so their manager can pick from anyone in the team.

Dario Lezcano's knee injury will keep him off the field at least until July this year if not longer. There aren't any suspended players to look out for.

Match Histories and Scores for Cruz Azul vs Juarez

Here, you can check out the most recent match histories and head-to-head data for the upcoming Cruz Azul vs Juarez fixture.

The match is set to be an interesting one, but the end is most likely going to be as we predicted. Cruz Azul is our favorite and the other prediction we mentioned is also a strong possibility. Many matches involving one of the two teams ended in a clean sheet. It also helps that Cruz Azul won't be missing any players and their manager can make all the changes he wants. 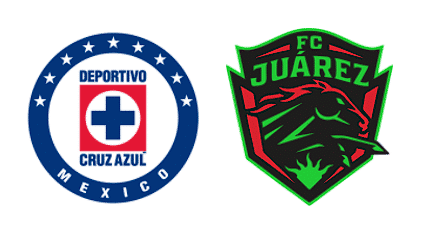