Will Club America cement their place at the top of Liga MX or will Cruz Azul put a dent in their plans? On the 1st of November, we will have our answer.

This info will provide you with sufficient data to make the best possible bet for the game. For more expert Liga MX picks, please visit our dedicated page.

Club America has undoubtedly been the dominator in the league so far. And how can they not be with a 10-4-1 record so far and first place in the league? They have rock-solid defense and a heavy attacking power up front. This is all good but when it comes to the clash with Cruz Azul things aren’t always the case. In 5 of the last 10 games, the results were tied between these two teams. Cruz Azul has 4 ties in the last 5 games as well.

Let’s have a look at that historical data again. In 70 % of the last 10 games, one of the teams failed to score a single goal. This can’t be ignored for sure. Now, let’s look at how things are going in Liga MX. Club America has been involved in 4 out of 5 games in which there were very few goals and one of the team ended up with 0 to their name. Cruz Azul is in the same boat with 3 out of 5 games ending in one team failing to produce a goal.

The history speaks for itself – 8 out of the last 10 games between these two resulted in very little attacking threat. In fact, 4 games ended without a single goal whatsoever. How could we think Monday’s game will be any different? We can’t. Club America is very unlikely to make errors at the back and Cruz Azul doesn’t seem like the kind of team that will go recklessly into attacks without securing their defense first.

Key data for the Cruz Azul vs Club America game

Here are the key statistics and odds for Cruz Azul vs Club America game:


A draw that works for Club America

Club America is sitting comfortably on top of the table with an 8-point lead. Cruz Azul is undoubtedly one of the better teams in the league and Santiago Solari is very aware of that. An away game is always a hard nut to crack, especially when some of your major players are missing for the fixture. The likes of Santiago Naveda, Leonardo Suarez, and Renato Ibarra will not be available for the away team in this fixture. Despite their domination spell in the league, our football experts predict a goalless draw in this game that will suit the away team just fine. 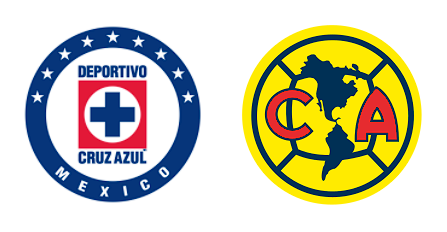 Questions about the Cruz Azul vs Club America game: