Two old acquaintances will battle it out for the three points at the top of the table in Liga MX.

Cruz Azul and Atlas are both performing very well this season and it is very hard to pick a favorite to win this edition of the clash.

The last game that the two teams played last year resulted in a goalless draw. When you look at the last 10 head-to-heads you will see that neither side has the advantage – four victories for Cruz Azul, four victories for Atlas, and two draws. Atlas had a draw in the last league game against Guadalajara. Cruz Azul finished the opening part of the season in the league with the most draws – 8.

Neither side scored a goal in the last game. Such was the case in five of the last 10 games between the two teams. Atlas has the most solid defense in the Clausura this season with only eight goals conceded in 11 games while Cruz Azul is performing very well at the Jalisco Stadium. Recently Cruz Azul had a clean sheet at home – the 1:0 CONCACAF Champions League game against Montreal.

There are no injuries for the two teams but there are a few suspensions for Atlas that coach Diego Cocca must sort out.

Juan Escobar is undoubtedly one of Cruz Azul’s most important defenders but the right-back must be more careful with his tackling as he gives free-kick opportunities way too easily. He is the 2nd most decorated player in Liga MX (11 yellow cards).

Julian Quinones is Atlas’ top scorer this season but his reckless challenge in the game against Guadalajara earned him the red card so he will be unavailable for this game. Bryan Angulo already scored a bunch of goals this season and will likely start in the attack so coach Diego Cocca shouldn’t have too much trouble. 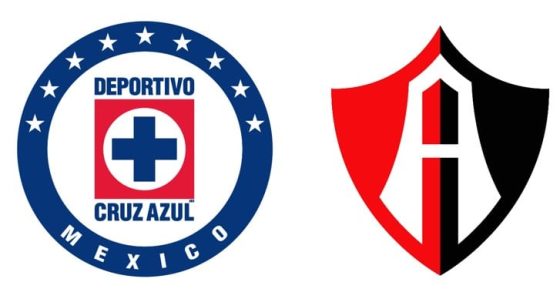 Check out the graphics below for the most important info:

All Square at the Jalisco Stadium

A draw will probably be in the best interest for both sides. Neither can afford to lose points in this vital part of the season so both coaches will be forced to rely on a bit more defensive approach for the upcoming game. Cruz Azul won with a narrow 3:2 result in the last home game against Atlas but it could’ve easily been a 3:3 as Atlas had 22 shots against Cruz Azul’s 10.

Most Important Questions For The Cruz Azul vs Atlas Game: