These betting picks are for the Club America vs Tijuana fixture, and you can also read additional information about the fixture.

These are the latest betting lines and free picks for the Club America vs Tijuana match. If you are interested in more Liga MX odds or betting picks, you can take a look at our latest content.

We used odds directly from the BetMGM bookmaker platform, and before you place any of these wagers make sure to double-check the lines because they are subject to change.

These are the most recent head-to-head statistics for the upcoming Liga MX fixture Club America vs Tijuana:

Will Club America Keep Its Position at the Top?

We don't think that it will be hard for Club America to keep its first position. If our prediction is correct winning three points against Tijuana should be a no-brainer, which means that they will get to keep the first position, for now.

We don't know of any injured or suspended players on either side of the pitch, so they will play at 100% on Monday. We also believe that the game next week will be a low-scoring one in terms of goals scored by both sides. 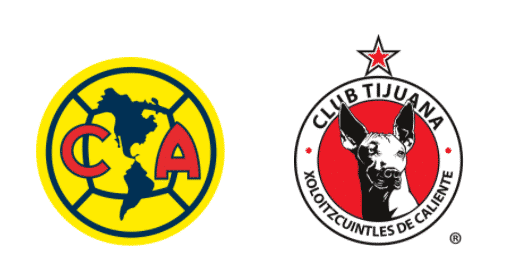 Common Queries About Club America vs Tijuana on Monday