It’s not only Pachuca who will have issues this week. Tigres UANL faces an old rival that is in great form.

Tigres UANL is at the top of the table but coach Miguel Herrera isn’t looking forward to the clash with Club America as he doesn’t have pleasant memories of this opponent.

The last time that Tigres UANL got anything from Club America was 2019 when the team won with a narrow 1:2 result. Since then, in five consecutive games, the victor was always Club America. Tigres UANL’s last victory against Club America at University Stadium came almost five years ago – on the 3rd of December, 2017. Club America is in a great mood and has recorded four victories in the last five league games while Tigres UANL recently lost against Pachuca.

These are the teams with the best attacks in Liga MX this season. Tigres UANL has scored 29 goals in 14 games in the Clausura. Club America has scored 20, not the best stats, but the team was at the top of Apertura with 21 goals. There are some things to be said about Club America’s defense and if Tigres UANL pays attention they should be able to penetrate the defense

Pedro Aquino is still injured and will miss this vital game for Club America.

Andre-Pierre Gignac managed to score in the game against Toluca in the 71st minute and now has 15 goals – the most in Liga MX this season. Luis Enrique Quinones is at the top of the creator’s ranking – he has 9 assists to his name.

Alvaro Fidalgo is turning into Club America’s most dangerous player. He is a midfielder but this didn’t stop him from scoring six goals this season. Jose Eduardo Sanchez has made 37 successful tackles this season. 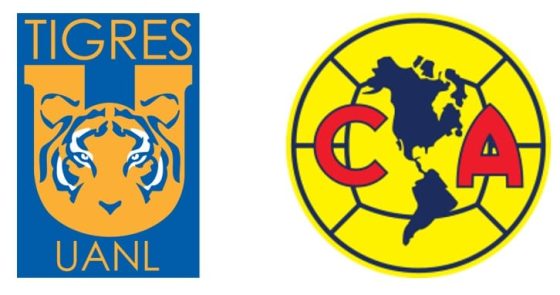 The top h2h and odds news is located in our next charts:

Tigres UANL is one of Clausura’s top teams but Club America didn’t win the Apertura for nothing. Sure, the team had issues at the start of the Clausura, but now is the team with the best current momentum with four victories in the last five games. Will Club America put a spoke in Tigres UANL’s wheel with a victory? We believe that a draw is the most Tigres UANL will get out of this clash.