Strange times have come to Liga MX with Juarez higher up the ranking than Club America. Will Club America finally do something about it? Let’s find out together!

Juarez’s good start of the season is now stifled and the team hasn’t won a game since the 9th of July:

The two teams aren’t doing that well in terms of attack this season. All of Juarez’s games so far ended with two or fewer goals being scored. The most common result that we’ve seen so far is the 1:0 loss. We all remember how poor was Juarez last season and we believe that the away team is slowly but surely getting back to their familiar form. Club America and Juarez played a total of eight games against each other. Five of those games ended with two or fewer goals. 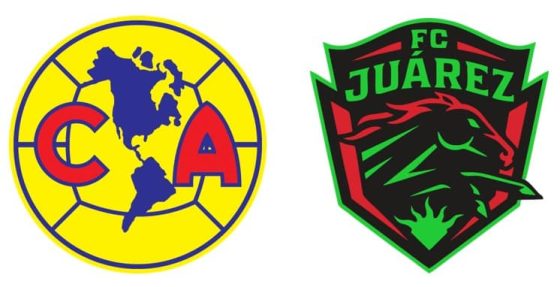 Squad Insight And Data For Club America vs Juarez

No real injury or suspension trouble will burden the two coaches.

The only real injury issue that coach Fernando Ortiz has to deal with is the absence of Roger Martinez. We expect a couple of players to do well against Juarez. They are Henry Martin and Alvaro Fidalgo who managed to score goals against Real Madrid a couple of days ago.

Gabriel Fernandez will undoubtedly lead Juarez’s attack against Club America. He is the top scorer for the team and already has three goals to his name. Maximiliano Oliveira was the hero for Juarez with his 88th-minute goal against Toluca which earned a point. We expect him to be in the starting 11 as well.

Only the top betting odds and most interesting statistics for you are supplied by our soccer experts!

The Real Club America Will Return

We’d like to believe that Club America’s most recent Liga MX misfortune is due to the fact that the team had to play plenty of games against the top European giants during this season. This distracted coach Fernando Ortiz’s boys and the bad results in Liga MX quickly came. Nevertheless, those games are now over and we can safely say that Club America certainly played against Real Madrid, Manchester City, and Chelsea as equals. We believe the team has what it takes to deal with one of Liga MX’s weakest teams Juarez.

Key Questions And Answers For Club America vs Juarez: