Will Club America defend the good display during the Apertura part of the season? Let’s find out together!

Federico Vinas is out for this game with a red card suspension but will likely be replaced with an even better option – Henry Martin. Meanwhile, midfielder Mario Osuna will probably not start in this game as well due to a leg injury. We believe goalkeeper Guillermo Ochoa will have a great game.

The heart of the midfield will miss the game due to a suspension – Javier Guemez. German Bertrame had a good Clausura part of the season but during the last game was unproductive and we believe this will be the case as well.

Those are the key head-to-head statistics and odds for the Club America vs Atletico San Luis game:

Club America to get back on track

The Clausura part of the season isn’t going great for Club America and with a game against the currently last in the league, the team has a chance to bounce back. Guillermo Ochoa will lock the goal and will continue the misery for Atletico San Luis. Our soccer experts predict a routine 2:0 victory for the home side. 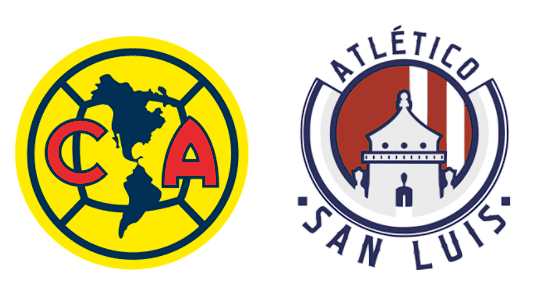