Today, there is only one Liga MX fixture to focus on – Atletico San Luis vs Toluca. In this article, we will go over the stats to figure out the best match predictions and picks for Sunday's match. If you are interested in more Liga MX odds, check out our website.

Let's go over the top tips and lines we came up with regarding the upcoming Atletico San Luis vs Toluca fixture. These odds are from BetMGM and are all subject to change. Double-check your bet slip before continuing.

Toluca already has three successful runs against Atletico San Luis out of the last five matches they traveled there. Also, currently, Toluca is three points ahead of Atletico San Luis in the Liga MX Clausura table, which means that they have been in better form recently. Although Atletico San Luis managed to beat Toluca in their latest head-to-head match, we don't think that will happen this weekend.

Recently, both teams have had more than a few high-scoring games and we think that Saturday's match will also end that way. Four of the last five matches for Toluca ended that way. Also, looking at the most recent head-to-head matches between the two clubs, we can see that three of the last four they played ended with more than 2.5 total goals scored.

Information and Lineups Regarding Atletico San Luis vs Toluca

Are any injuries or suspensions going to be in the way of any of these teams to grab the three points? Find out below!

No injuries or suspensions for Atletico San Luis at the moment.

Toluca has only one injured player – Miguel Barbieri who will be out until the beginning of March.

In the tables below, you can check out the latest match data and stats for the upcoming Sunday Liga MX game between Atletico San Luis and Toluca.

Atletico San Luis isn't in the best form they can be with three losses out of the four games they played, so far, while Toluca has not only beat them before at their home ground but are also in a better form. We bet that Toluca would win and there would be more than 2.5 total goals scored. 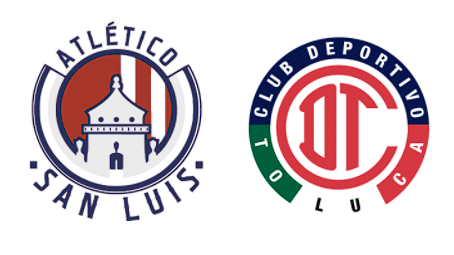