Puebla is another great example of a team that manages to hold on to the great momentum and form. Atletico San Luis doesn’t stand a chance in this game.

Puebla made an error in the last fixture but coach Nicolas Larcamon will try to quickly resolve all of Puebla’s issues:

After the first five Liga MX games, Puebla is in 5th place while Atletico San Luis is 12th. The head-to-heads also don’t look promising for Atletico San Luis. The two teams met on eight occasions and Puebla won four of those games, two games ended in draws, and Atletico San Luis earned the victory only twice. Atletico San Luis is one of the lowest goal-scoring teams in Liga MX this season with only two goals in five games so it will be difficult for them to score in this away game.

Atletico San Luis may have issues scoring but Puebla has issues defending and after five games played, Puebla has conceded six goals. Thank God for the good form that the attackers have – Puebla has eight goals in the opening five games. The only teams that are more efficient in the attack are Monterrey and Toluca. We believe that both teams will score in this game but Puebla will score more. 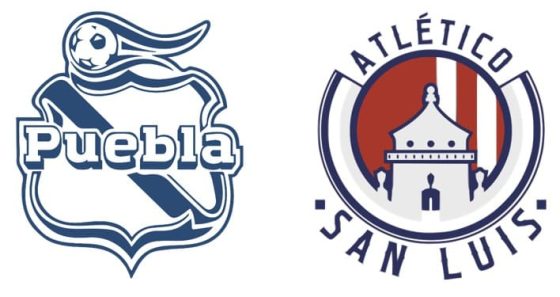 There are no injury or suspension issues for this match.

Maximiliano Araujo did receive a red card in the game against Leon but his suspension is now over and he is expected to be in the starting 11 for Puebla. Nicolas Larcamon will count on his main creative force – Gustavo Ferrareis. He made three assists so far this season.

Andres Sanchez is definitely one to watch as he did earn a clean sheet in the last game. Another player with a good mentality that might help Atletico San Luis in the game against Puebla is Abel Hernandez. He scored the goal for his team in the game against Mazatlan and earn a very valuable point for his coach.

If you want to make the most out of your bet, then you must browse through our charts as they contain key insight into the betting odds and head-to-heads:

Puebla To Get Back On Track

Puebla started the season great with two consecutive victories but then the form quickly dropped and in the next three games the team earned only two points. Coach Nicolas Larcamon is undoubtedly unhappy with those results and it’s about time for the team to get back on track. And what better opportunity than this one? The victory is up for grabs against this troubled Atletico San Luis side as the team has only two goals in the away games. It should be a walk in the park for Puebla and a 2:1 or 3:1 result.