Pachuca and Atletico San Luis will battle it out for the three points in Liga MX this week. Let’s see who’s bringing home the win.

This clash isn’t known for the defensive-oriented style of soccer. We’ve seen 9 goals in the last two games alone!

Five of the last 10 head-to-heads between Atletico San Luis and Pachuca ended with over 2.5 goals. Only one game in the last 10 ended with a goalless draw. Pachuca was one of the best attacking teams in the Clausura last season and is one of the best attacking teams right now as the team has scored 25 goals in 12 games. The only teams with better attacking statistics are Monterrey, Club America, and Santos Laguna. 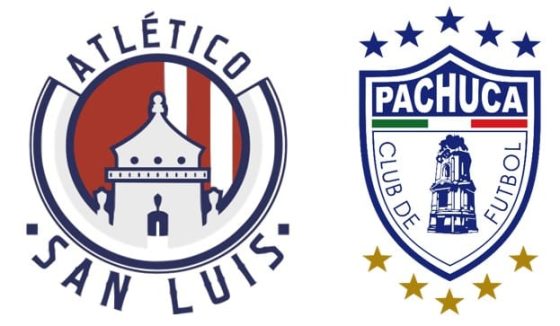 Unai Bilbao is the most expensive Atletico San Luis defender. He’s the main man in the heart of the defense but sadly he will miss the Pachuca game due to his injury status. Another player who’s unavailable to coach Andre Jardine is the main right winger Rubens Sambueza.

Nicolas Ibanez is the key reason for Pachuca’s recent form. He’s the top Liga MX striker with 10 goals so far. Kevin Alvarez is his right hand in the attack with five assists this season. Both of them will be starters against Atletico San Luis.

Victory is up for grabs for Pachuca

Pachuca still holds a decent chance for Apertura success this season. First of all, the team absolutely has to defeat Atletico San Luis on the 17th of September. Everything else than the three points is fatal. After that, there is only one gameweek left and Pachuca will play against Monterrey in a deciding game. Pachuca also have to hope for a Club America blunder somewhere along the way but the victory against Atletico San Luis is a must.

Key questions and answers for the Atletico San Luis vs Pachuca game: