The game is expected to be a real battle that could go either way but our soccer experts have an idea who can get the victory here.

Atletico San Luis has been unimpressive so far in the Clausura and we expect Guadalajara to capitalize on the recent misfortune of the home team. Make sure to double-check the above-mentioned odds. Also, we would like to remind you that our recommended bookmaker for all Liga MX games is BetMGM.

Atletico San Luis has been an unimpressive whole season long not just in the Clausura. In the opening part of the season, the team was in the 12th position, and right now is 14th. With 2 victories and 5 losses in the last 7 league games we just can’t make a case for the home team. Guadalajara is currently in the 10th position in the league and we expect the good performances against Atletico San Luis to continue – 3 victories, 1 draw, and 2 losses in the last 6 games.

Both Teams Will Score

Regardless of how Atletico San Luis is performing recently, the team does have good attacking players that can make the difference. Guadalajara has 3 consecutive losses in a row. This game could go either way honestly so it is only natural for us to expect that goals will come from both directions. From the 6 games that we had between the two opponents, 5 resulted in both sides scoring at least 1 goal.

Player info for the upcoming game

Juan Manuel Sanabria will miss the game due to his indirect card suspension. This might open a hole in the midfield as Juan Castro didn’t provide enough class in the recent games. The key players that coach Andre Jardine will count on are his main goal-scorer German Berterame (10 goals) and key assist-provider Rubens Sambueza (5).

There are no issues in the Guadalajara squad except for the red card suspension of Alexis Vega. Miguel Angel Ponce scored a goal against Puebla and is expected to perform against Atletico San Luis as well. Jesus Ricardo Angulo performer great against Juarez with a late goal.

A chance for Guadalajara

Atletico San Luis has been playing very poorly so far in the second part of the season so we expect Guadalajara to capitalize on the misfortune of the home team. It seems like the home side counts too much on the two star players in the attack. Should Guadalajara neutralize them, then we expect at least a draw in this game. Possibly even a narrow away victory. 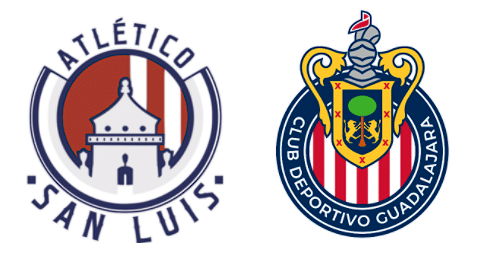