Cruz Azul has a very good opportunity to dive straight into the top 5 in the Clausura if everything goes well against Atletico San Luis on Monday.

The Cruz Azul vs Atletico San Luis is a relatively new rivalry in Liga MX but one that has enough history to it for us to make these great picks.

The story of this rivalry began on the 24th of November, 2019 when Cruz Azul hosted the first clash at the Aztec Stadium in front of 7, 000 people. Cruz Azul won with a comfortable 3:1 result over Atletico San Luis. The remaining five games ended with two victories for Cruz Azul, one draw, and only one narrow 2:1 victory for Atletico San Luis. Cruz Azul is doing better in the Clausura too – the team is higher up the ranking than Atletico San Luis and has bigger ambitions in the league.

The last game between the two teams ended in a goalless draw. No one scored there and we find it hard to believe that the next game would be an entertaining exchange of goals. Cruz Azul lost the last game at the Aztec Stadium with a 0:1 result from Guadalajara and the game before that was another 0:0 draw – against Pumas UNAM for the CONCACAF Champions League.

Jesus Pinuelas from Atletico San Luis is the main injury issue and the defender will not be available for this game.

Ignacio Rivero is the main player when it comes to defending. He has the 9th best defensive record in Liga MX this season with 41 tackles won and 18 interceptions. The top scorer is Santiago Gimenez with seven goals.

The main man in the defense is Facundo Waller with 44 successful tackles and 22 interceptions. The focal point of the attacks is German Berterame as he has scored 14 goals so far. 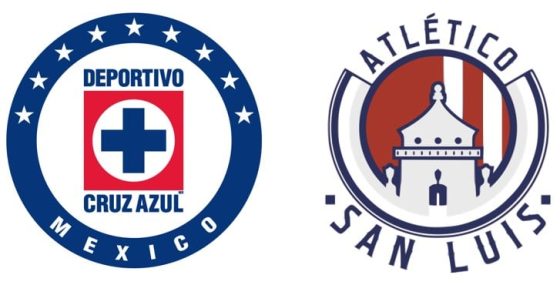 Get key information via our graphics: