Atlas is Liga MX champion. They shouldn’t have any issues defeating this troubled Santos Laguna team.

Not the best start for Atlas this season. The team desperately needs to win some points and we believe that the Santos Laguna game is a good opportunity for that:

After five games played, Atlas is sinking lower and lower. The team is in 16th place with only four points and this is something that the fans will not have. The team needs to win some points and has to do it sooner rather than later. Santos Laguna aren’t doing that much better and after the first four games, the team had only one victory. Historically speaking, Atlas is perhaps the better of the two teams with four victories, three draws, and three losses in the last 10 head-to-heads.

Six of the last 10 games between Santos Laguna and Atlas ended in two or fewer goals being scored. The most common result that we’ve seen from those last 10 head-to-heads is either the 1:1 draw or the 1:0 victory. That being said, it’s important to mention that the two teams do not possess the most powerful attacks this season. They have scored only six goals in their first five games and we don’t believe they will score plenty in the game on the 1st of August. 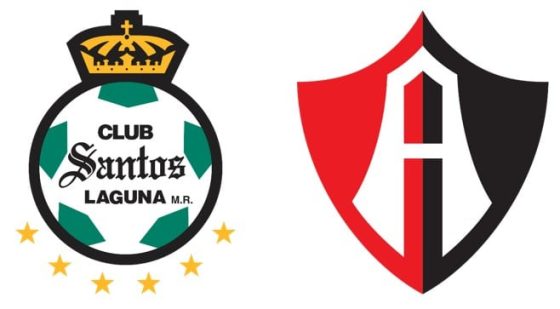 There are some injury issues for both coaches to deal with.

The main man missing for Santos Laguna has to be Ayrton Preciado. Fernando Gorriaran has to be more careful with his tackling. Yes, he will be in the starting 11 for the game against Atlas but he is getting booked too easily – 3 yellow cards in the first four games.

Edison Flores will undoubtedly make an appearance for Atlas in this game. He made two assists so far this season. Someone who will not make an appearance is the key forward Mauro Manotas. He is injured and will probably miss the next game as well.

Statistics And Top Betting Odds For Santos Laguna vs Atlas

The top betting odds and head-to-head statistics are located in our next charts:

The bookmakers have Atlas down as the underdog in this fight and we can see why. The team isn’t performing as well this season as last season when Atlas became Liga MX champions. We still believe coach Diego Cocca has what it takes to push his team forward. Santos Laguna isn’t doing well either and this would be an amazing chance for Atlas to finally catch some air. We predict a hard-earned 0:1 away victory for this game.

Top Questions And Answers For Santos Laguna vs Atlas: