Two of the best teams in the Apertura last season will battle it out for the three points in Liga MX on the 26th of August.

Draw between Pachuca and Atlas

It’s no secret that the two teams are extremely equal in terms of strength in recent years. Two of the last 10 head-to-heads ended in draws, Pachuca won five games, and Atlas won three games. What’s interesting to mention here is that five of the victories came at a narrow one-goal difference. The most common result we’ve seen in those head-to-heads is the 1:1 draw or the 1:0 victory. Chances are we are going to see another great and equal display by these two teams.

As we mentioned above, the most common result from the last 10 head-to-heads is the 1:1 draw or the 1:0 victory for either side. A total of eight of the last 10 games ended with two or fewer goals. Only one game had four or more goals. The last Pachuca game at Estadio Hidalgo ended with a very important but unimpressive 1:0 victory against Leon. 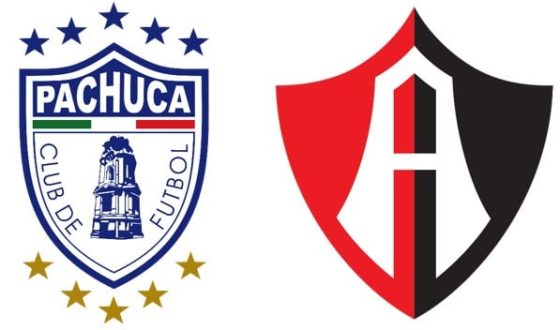 Squad insight for Pachuca vs Atlas

There are some injury and suspension issues that the two coaches must handle before the start of this game.

The main man missing for Pachuca is Javier Lopez. He’s injured and won’t be available to his coach for this game. Israel Luna Lopez was the hero for his team against Leon as he scored the winning goal. We expect him to be in the starting XI for this match.

Mauro Manotas got injured recently and he’s still unavailable to his coach. Another player who won’t be making an appearance in this game is the team captain Aldo Rocha. It will be interesting to see how the defensive midfield would look like without him.

Make sure to check out our charts. They contain valuable head-to-head and odds information and will assist you in making the best Pachuca vs Atlas bet possible:

With so many injuries and issues in both camps it’s very hard to predict where this game is going to go but the reality is that the two teams are extremely equal in recent years. Only one game ended with a two-goal winning margin in the last 10 head-to-heads. Yes, Pachuca was at the top of Clausura last season but it’s Atlas that became Liga MX champion. Who’s going to win this? We predict that the points will be shared in this game.

Top Pachuca vs Atlas questions and answers ahead of this game: