Two of Liga MX’s biggest sides will face each other off on the Saturday of 12th September. This article aims to provide you with useful betting information regarding the matchup between Atlas and Monterrey

If you want to see more Liga MX predictions and betting picks, you should check out our website's latest content. Our experts analyzed the match-up and picked out the following free betting tips:

Always remember to check your bet slip before placing your final bet. The odds are true at the time of writing but may change at all times.  Our recommended bookmaker for this match is BetMGM.

Sitting at the 8th and 6th spot respectively, both teams have solidified their position in the playoff qualifying part of the table. This will be an extremely tactically entertaining game. Monterrey has conceded twice the goals that Atlas has, but remains unbeaten. The guests have also scored 10 goals in 7 matches, compared to Atlas' 5. Head-to-head the results lean heavily in favor of the visiting team, who has won 8 of the last 10 games it played versus Atlas.

Head-to-head, 5 of their last 10 games resulted in a BTTS – No outcome. In 4 of those 5 occurrences, Atlas was the side left empty-handed. This is what we are going after with this bet too, considering that the home side averages less than a goal per game. Since the beginning of the campaign, just two of Atlas' 7 matches have had both teams scoring.

Spanning 4 years back, we can notice that only 4 of their meetings have had more than 2 goals scored. It gets even better when we look into each side’s individual match history. The hosts are yet to have an over 2.5 goal match in the current campaign, while with Monterrey it happened just twice in 7 games.

Atlas vs Monterrey: The latest stats and selection of the best odds

In this part of the article you can check the available stats about this Liga MX match-up:

Atlas vs Monterrey: Head-to-head in the table

This is a very interesting match-up featuring two fairly equal sides. However, the head-to-head advantage is heavily in Monterrey’s favor. The visitors are one of the three teams still unbeaten in the league, which could put them in the fight for silverware.

Monterrey triumphed at the Copa MX and the Apertura in 2019. Being so high up in the rankings early in the season gives the team a great opportunity to fight for their next trophy. 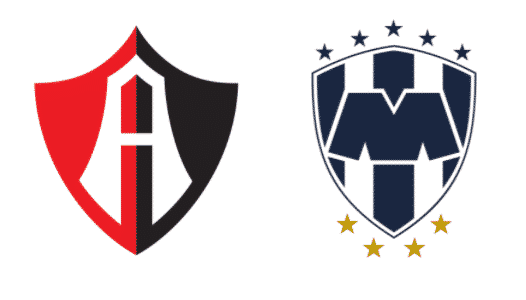 Frequently Asked Questions Regarding the Atlas vs Monterrey Fixture