Let's go over the Toronto vs DC United MLS fixture, which will be on the 19th of March and you can find the top betting picks and predictions below. If you want to see more MLS betting picks, you can check out our website.

Picks and Lines for the Upcoming Toronto vs DC United Match

These are the top betting picks our team of betting experts came up with regarding the upcoming match between Toronto and DC United. All betting lines are from the BetMGM bookie platform and before betting, you should check them out because they can change even while you read this. Also, the last five matches for Toronto ended with both teams scoring goals, too.

80% of the last ten games between Toronto and DC United ended with both teams scoring goals, and we think that their upcoming game this weekend also has a high chance of ending that way.

DC United is in better form than their current opponents with only one loss in the last five matches they played, while Toronto lost or drew all five of their most recent matches. If we take a look at the head-to-head games between DC United and Toronto, we will see that Toronto hasn’t even won a match against DC United since 2017, so we are backing the correct team for this weekend.

Lineups and News About Toronto vs DC United on Saturday

Here are the most recent injuries and suspensions for both teams in the MLS.

Toronto has two injured players – Ayomide Akinola since last year and Jacob Shaffelburg since the beginning of this month, but no suspensions, yet.

DC United doesn’t have any suspended players, but Russell Canouse has been out with an injury since late February.

In these tables, you can check out not only the most recent statistics and scores for both Toronto and DC United but also the most recent odds from top bookies around the world.

Toronto doesn’t stand a chance against DC United this weekend, but they will most likely score just like they did in their last five previous matches where they didn’t win either, but fought back. Both teams have several injuries, but nothing too serious in that department that would affect the match. 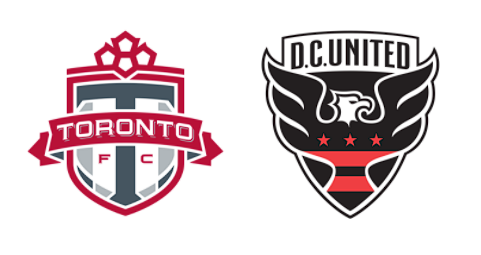 Toronto vs DC United: Common Question About the Fixture