Today, we will go over the Cincinnati vs Toronto MLS fixture that will be played on Thursday. If you want to check out more MLS odds, you can go to our website and find the latest articles.

Latest Betting Lines and Picks for Cincinnati vs Toronto

We reviewed all the team and player stats and came up with the following free betting picks and predictions. Odds from BetMGM are subject to change. This means that before wagering, you should check out the odds on your bet slip for any changes.

The last ten games for Toronto all ended with both teams scoring goals, so it's a highly anticipated outcome for Thursday. There was also a BTTS game in three of the last five matches for Cincinnati and two of the last three games that these two clubs played together.

Here, you can check out the most recent information about the upcoming Cincinnati vs Toronto fixture.

There are a lot of injured players for Cincinnati but there aren't any suspended ones. Ronald Matarrita is called to play for his national team, while there are other four injured players since April – Brandon Vazquez, Alec Kann, Raymon Gaddis, and Geoff Cameron.

Jahkeele Marshall-Rutty is the only injured player who is out since March, but in April Toronto lost Jacob Shaffelburg, Ralph Priso-Mbongue, Deandre Kerr, and Noble Okello to various injuries.

Latest Team Stats & Scores for the Match on Thursday

Below, you can check out the most recent head-to-head stats for the Cincinnati vs Toronto to be prepared for Thursday's match.

Our Final Fixture Preview for Cincinnati vs Toronto This Week 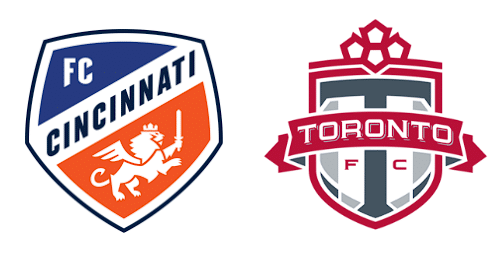 Common Questions Regarding the Fixture on Thursday