In this article, we will take a look at the match data for the upcoming Toronto vs Chicago Fire fixture. If you want to see more MLS odds and predictions, check out our website.

After going over the data, we came up with the following free betting picks and betting lines for the Toronto vs Chicago Fire on Sunday. All odds are from Betfred and are correct at the time of writing. Before you place any of these wagers, make sure to double-check the odds because they are subject to change.

Toronto vs Chicago Fire: Lineups and Injuries for Both Squads

In this section, you can check out the most recent lineups and squad changes for both Toronto and Chicago Fire.

Some of Toronto's players healed, but there are still three injured ones for this weekend's game. Jahkeele Marshall-Rutty, Chris Mavinga, and Noble Okello aren't healed yet, but there are no suspended players at this time.

Three of Chicago Fire's players are also out with various injuries and won't be able to play this weekend – Javier Casas, Spencer Richey, and Rafael Czichos. They also don't have any suspended players right now.

Below, you can check out the most recent team form and head-to-head statistics for the Toronto vs Chicago Fire match.

Toronto and Chicago Fire are both at the bottom of the Eastern Conference with only one point difference. We think that the Sunday game will end in Toronto's favor because they hold the head-to-head advantage in recent years and because their recent form is slightly better. We also think that both teams will score during Sunday's game. 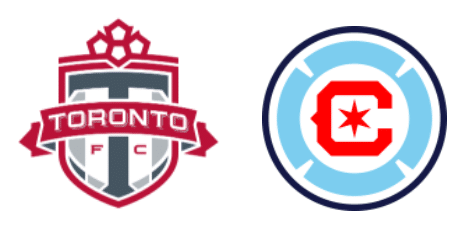 Prevalent Q&As for the Toronto vs Chicago Fire Match