One of the more interesting games of this gameweek is almost here and our betting predictions will help you make the most out of your money.

Top Betting Lines And Prognosis For Leon vs Toluca

This game will provide some great betting opportunities for those of you who are more of a risk-takers. Leon and Toluca will supply great entertainment:

Let’s begin our prediction by saying that 90 % of the last 10 games played between Leon and Toluca all ended with at least three goals being scored. The most common result that we’ve seen is the 2:2 draw, the 2:1 victory, or the 3:1 victory. Both teams have had some very interesting results from the start of the season. For example, Leon’s home game against Pumas UNAM was an absolute delight and the 3:3 result came as a shock to most people.

Correct Score 2:2 Between Leon And Toluca

Toluca came very close to a 2:2 draw just a few weeks ago. In the game against Atlas, the result was a very interesting 3:2. The 2:2 draw ironically is the most common outcome of the Leon vs Toluca game in the last 10 head-to-heads. The other common result we see is the 2:1 victory which is also very close to a 2:2 draw. Both teams have had a fantastic start to the season and we highly doubt that any side will accept their role as an underdog here. 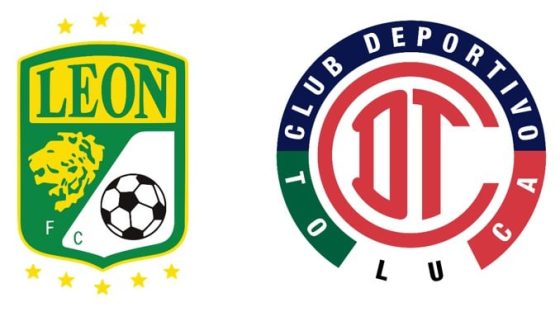 Squad Insight For Leon vs Toluca

There are no injuries in either camp for this game.

Lucas Di Yorio is Leon’s top scorer this season with four goals so far. Jaine Barreiro will miss the Toluca game due to his red card suspension in the game against Puebla a few weeks ago.

Leonardo Fernandez will undoubtedly start for Toluca in the game against Leon as he is the team’s top scorer this season with two goals and two assists to his name. Claudio Baeza will miss this game due to suspension.

Head-To-Head Statistics And Top Odds For Leon Vs Toluca

Our charts will supply you with key insight into the statistics of the two teams:

Essential Questions For Leon vs Toluca: