Sporting KC will be facing LA Galaxy this Thursday, and below, you can find the top match predictions and free betting picks. If you want to see more MLS odds, you can check out our website's latest content.

These three predictions and the odds for them are from our betting experts regarding the upcoming Sporting KC vs LA Galaxy fixture on Thursday.

All odds are from our recommended bookmaker for this match – BetMGM. Make sure to double-check them on your bet slip because they could have changed after we posted this.

Based on the most recent matches for Sporting KC and LA Galaxy, we think that there will be more than 2.5 total goals scored this Thursday. Also, both teams are with an average of 2.9 goals per match for the season, which tells us a lot about the probable outcome.

Below, you can see the most recent head-to-head statistics for Sporting KC vs LA Galaxy.

Sporting KC has more injured players than LA Galaxy, but we don't think that will be a problem for them during the game this week. Two of the three injured players have been out for a very long time – Jaylin Lindsey has been out with a muscle injury since August and Alan Pulido has been gone because of a knee injury. For LA Galaxy only defender Jorge Villafana is out with an injury and we don't know when he will be back. 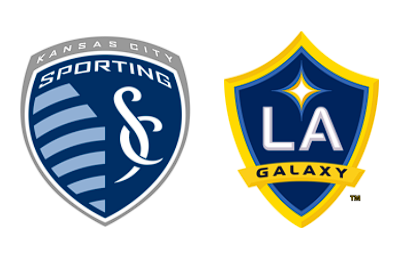